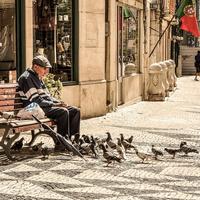 Living too long? Is this the beginning of the end of the success story?

One of the greatest achievements of humankind has to be that as many people as possible are living as long as possible. But is this the beginning of the end of this success story?

Around the world, new generations can expect to live longer than previous generations, and the rate of increase is surprisingly strong and constant[1]. Life expectancies at birth in England and Wales, for example, increased from 48 years for females and 44 years for males in 1900 to 71 years and 66 years respectively by 1965, and again to 84 years and 80 years respectively in 2014.  Increases were more modest in the latter half of that century as they were driven by improvements in survival at older ages[2].

The verified oldest person ever to have lived is Jeanne Calment, who died in France in 1997 aged 122 years 164 days. The last surviving Briton born in the 19th century was Grace Jones who died on November 14th 2014. Living in three centuries is nothing new. Margaret Neve lived in the 18th, 19th and 20th centuries (1792-1903) and is one of the earliest verified of such cases, and large proportions of those born towards the end of the 20th century will live into the 22nd century[3].

Data from the Office for National Statistics in the United Kingdom reveal that by the turn of the next century, life expectancies at birth are predicted to be 93 years for males and 95.6 years for females in England and Wales. And indeed already probabilistic projections on WHO data suggest that as early as the mid 2030’s Korean women will break through the once thought unpassable barrier of 90 years life expectancy at birth[4].

The evidence for our increasingly long lives, however, is accompanied by less positive evidence of increasing inequalities. If we look at life expectancies at any age, we find inequalities in death everywhere, between countries, between regions within countries, between different socio-economic groups within a region. For example, mortality rates in Glasgow are the highest in the United Kingdom, and life expectancy at birth is 71.6 years for men, nearly seven years below the national figure of 78.2 years, and 78 years for women, over four years below the national figure of 82.3. According to the World Health Organization in 2008, life expectancy at birth for men in the Calton area of Glasgow was just 54 years, on a par with that of men in Burundi.

And while we continue to live longer and longer, the infrastructures around us, designed to support us as we age, seem to be crumbling, or at best struggling to keep up with our increasing years. And suddenly, the success story is turning sour.

But the struggle is not just about the funding of NHS services or adult social care, and nor is it simply about the inability to recruit sufficient numbers of qualified care staff for our ageing populations.

Fundamentally, we need to ask ourselves: what do we want out of growing old? Do we simply want to live as long as possible (quantity)? Or do we want to remain healthy, active and independent before dying not as old as science can achieve for us (quality)?

In the course of the last 200 years or so, the biomedical sciences have regarded old age as an engineering problem to be solved, or at least ameliorated[5].  However, by defining old age as a solvable problem, science has impoverished it, according to the historian Thomas Cole, and so that is why something has gone seriously wrong. The biomedical sciences have succeeded, and death is being pushed back, but why then do our media seem to be full of depressing stories of loneliness of older people, neglect of older people, and the abyss of old age when we should be celebrating the success of such long-lived lives?

Has the science that has extended our lives so successfully in doing so produced an old age of such length that effectively it has no purpose, no content? Such questions are not new. Cicero (106-43 B.C.) was a Roman statesman and philosopher who wrote De Senectute (On Old Age) in 44 B.C. when he was 62. His analysis and observations on growing older in this work are timeless. In De Senectute Cicero assumes the persona of 84 year old Cato the Elder, who had lived about 100 years earlier Cato is having a discussion with two younger men, and these young men, admiring the way Cato has borne the increasing burdens of growing old, ask him on what principles they could rely to allow them to do the same. He gives four reasons why old age is regarded as an unhappy time of our lives:

“I find four reasons why old age appears to be unhappy: first, that it withdraws us from active pursuits; second, that it makes the body weaker; third, that it deprives us of almost all physical pleasures; and, fourth, that it is not far removed from death.”

Cicero – in the guise of Cato in De Senectute – proceeds to analyze and dismiss each of these reasons, ending with:

While death is an unavoidable certainty, perhaps we do need to discuss the purpose and content of lives so long. Were Cicero alive today, I feel he would most certainly want us to discuss at least the uncomfortable questions raised by increasing longevity and radical life extension, let alone the questions of loneliness and neglect of older people in civilized societies. Many of our older citizens by virtue of nothing but their age are extremely vulnerable. With no Cicero to enlighten and challenge us, let me turn to Nelson Mandela in his autobiography Long Walk to Freedom:

“A Nation should not be judged by how it treats its highest citizens, but it's lowest ones.”

Dr. George W. Leeson is Co-Director of the Oxford Institute of Population Ageing, University of Oxford.