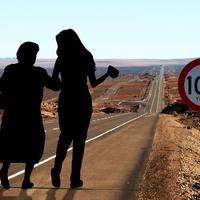 Although lower mobility is usually expected during contractionary periods in the economy, migration rates didn’t bounce back significantly in the years immediately following the recession; and more importantly there was no sign of rates picking up during the post-recession economic recovery period of 2012-2017. The Frey report mentions prolonged weakness in both the housing and labor markets as well as the relatively slow post-recession recovery as possible reasons for low mobility. Baby Boomers may have delayed retirement due to financial difficulties or perhaps they couldn’t sell their homes due to sharp falls in the price of housing during that time. Either of these factors could explain the lower rate of retirement migration. Other studies point to different factors for reduced mobility. For example, a recent paper by Greg Kaplan and Sam Schulhofer-Wohl published in the International Economic Review argues that most of the decline in employment-related interstate migration can be explained by (i) a decrease in the “geographic specificity of occupations,” and (ii) an increase in workers’ ability to find out about other locations before moving to them (thanks to advances in information technology).

This decline in interstate migration for what are still the two largest generations in the United States may be problematic for those areas that previously benefited from such migration. The Sun Belt states such as Arizona, Florida, Nevada and Texas were receiving large numbers of both Millennials and Baby Boomers in the years prior to the Recession. The reduced migration of Millennials - a highly educated generation - is likely to have a direct impact on the labor markets of those states.  The impact of the reduced migration of Baby Boomers may make itself felt in different way; after they are considered to the wealthiest generation in the U.S.  The wealth that Baby Boomers brought with them has been seen in many states as a resource that can be tapped to enhance economic development, i.e. tax revenue. There has also been a significant rise in retirement communities, which have become an important part of both urban and rural areas in the Sun Belt states.

In an article published in the IZA World of Labor in 2015, I listed a number of pros and cons of retiree migration. As important benefits I included not only local economic and tax revenue impacts, but volunteering (retirees are more likely to volunteer). Baby Boomers are also well educated and exhibit strong political participation with the highest voting rates among all voting-age population groups in the U.S., and this can have its downside.  It raises the possibility of intergenerational conflict between elderly and young populations, especially in areas with high retiree in-migration. Strong political participation at state and local levels could translate into opposition to programs that target benefits to younger people (there is a large literature on the effects on education spending). Now that Baby Boomers are exhibiting lower mobility - voting less with their feet we might say - the potential for such conflict may be less now than in previous decades. It will be interesting - assuming that these trends continue - to see how lower interstate migration will change the economic dynamics and government policy in the United States in years to come.