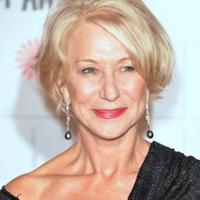 Older women and body image: beauty standards are not democratic

The representation of women in the media and in the fashion industry has been for long at the centre of countless controversies. For decades, an ideal of beauty has been developing mostly around numbers - size and age - that have inexorably shrunk: just when you thought there couldn’t be a thinner or younger model, a new face would pop up from the magazines and, sure enough, it was the face of a very thin teenager. The trend had become so worrying that even the French government repeatedly attempted to regulate size and age of fashion models fearing that such unattainable standards could trigger an epidemic of eating disorders in young women.

In the past decade, a new trend has appeared, after groups of activists and a large part of the public opinion have advocated for a more diverse representation of women in the media. The fashion industry, as well as television broadcaster and news outlets, embraced this call and became more inclusive. Curvy and plus sized models have found space (although limited) on magazines and catwalks, and some of them even have their fashion lines. More recently, the industry has been opening up towards old age: model agencies are now hiring older models, i.e. models who are 50 years of age or older. In relation to age, another shift has been noted by researchers: the mean age of actors and actresses included in People magazine’s “World’s Most Beautiful” list has increased - it was 33.2 in 1990 and went up to 38.9 in 2017 (1).

But what are the physical features of the older women that appear in the media? Some of them sport grey hair, which is, after all, one of the most powerful symbols that identifies an older body. Some show their wrinkles, smiling from the cover of fashion magazines. Nevertheless, what I find striking is that they are all exceptionally similar to the modern stereotyped idea of female beauty: slender figure, thick hair, plump lips, and perfect teeth. Not many ordinary women look like this. This means that the potential benefit of representing older women in the media comes with the danger of imposing the same worryingly unattainable standards of beauty not only to teenagers but to women who are facing bodily changes connected to ageing.

The word “teenile” - a contraction of “teenager” and “senile” - has been used in marketing studies to describe the similarities between teenagers and older adults who still live an active life (2). These similarities include having money to spend and spare time to do it. The fashion market has been particularly alert in this sense. Older models today are not limited to campaigns advertising anti-ageing products, they are also employed to promote high street fashion - e.g. American Apparel - and even haute couture - e.g. Dolce e Gabbana. Recently, Tommy Hilfiger, one of the most famous American fashion designers, has announced that he will soon release a collection specifically designed for people with disabilities (3). The clothes will feature zippers, velcro closures, and magnetic flies to facilitate wearers and their carers. These clothes will not only be comfortable and easy to put on, they will be in line with current trends, similar to other pret-a-porter garments. This combination is rare, if not unique. I wouldn’t be surprised if this collection appealed not only to people with disabilities but also to those older adults who want to wear comfortable clothes but are wealthy enough to afford fashionable items and often feel excluded from the market. The designer have named this move a “democratisation of fashion”. However, even with this progresses, the image of women in the media is far from being democratic.

I argue that there is another crucial similarity between teenagers and adult women who are entering old age: both are facing complex bodily changes that are intertwined with their social identity and therefore are potentially more at risk of being influenced by the representation of women in the media and the beauty standards that it promotes. It has been widely reported that there has been a surge in diagnosis of eating disorders in older women, a problem that in the past has been associated mostly with younger people (4). Although anorexia and bulimia nervosa are less frequent - but still present - in older women compared to teenagers, the former tend to exhibit binge eating more often and present pathological eating behaviours that still haven’t been categorized (ibid.). Initial reports tended to focus on very old women, those who don’t live an active and independent life, therefore there seemed to be a strong connection between eating disorders and factors such as loneliness and lack of enthusiasm for life. Nevertheless, more recent studies have found that body image still plays a great role in triggering eating disorders in older women, both in those who have suffered from these illnesses in the past and those who experience them for the first time in later life. Studies in this direction are very important, especially because signs of eating disorders are more difficult to ascertain in older women. Moreover, it shouldn’t be forgotten that anxiety over body image affects men too, although studies so far have been focusing on young males.

An ageing population, to be healthy, must feel included in society. Thus, a more realistic representation of older women in media is urgently needed.