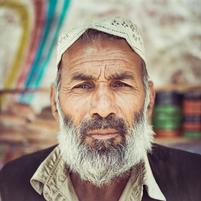 MOVING FROM THE MARGINS

Promoting and protecting the rights of older persons in Pakistan

Earlier this week, on June 25th, British Council Islamabad launched the report ‘Moving from the Margins: Promoting and protecting the rights of older persons in Pakistan’, drawn from the project commissioned by their Research, Evaluation, Monitoring Unit (REMU) in 2016. This project was conducted with the support of HelpAge International in Pakistan and the REMU staff.

The project evidences those human rights for the older population which are neglected in Pakistan and sets out policies and programmes required to protect and promote these rights. Most importantly, it contributes to generating data on the lives of older people in Pakistan, an essential requirement in monitoring progress in meeting the pledge ‘Leave no one behind’ of the 2030 Agenda of Sustainable Development.

The acceleration of population ageing has profound consequences on a broad range of economic, political and social processes in a low-and-middle-income country like Pakistan.  The structural mismatch between advances in longevity and a lag in the evolution of national policies to address the resulting issues is an impediment common to the responses of policymakers in developing countries worldwide.

Pakistan is currently the sixth most populous in the world. In 2017 its older age population was approximately 12.5 million, almost 7 per cent of total population – by no means an insignificant segment of the population (only 15 countries worldwide have older age population more than 10 million older people). By 2050 the number of older persons in Pakistan is estimated to reach a staggering 40 million.

British Council Pakistan identified the problems faced by older persons as a matter of urgency, partly in view of the findings of the Global AgeWatch Index for Pakistan. A review of the ageing-related evidence and policies for older people is deemed an urgent requirement, in particular to address the problems of ageism and unequal opportunities for older people in Pakistan.

The data for research undertaken in the project included a nationwide survey on Pakistan’s older people, which is a unique survey in collecting data on human rights of older persons. In addition to the quantitative analysis of the survey, qualitative analysis of personal interviews and focus group discussions with older persons and other stakeholders, and reviews of national and provincial level legislations, policies and programmes, have also been undertaken.

The analytical framework is derived from the 1991 UN General Assembly’s principles for the advancement and protection of older persons’ human rights, based on the Universal Declaration of Human Rights, organised under the five dimensions: 1) Independence; 2) Participation; 3) Care; 4) Self-fulfilment and 5) Dignity.

As of today, the government of Pakistan has developed three national level policies and legislative instruments: 1) the 1999 National Policy for the promotion of better health of the Elderly; 2) the 2004 National Policy of Older People; and 3) the 2007 Senior Citizens Bill. Unfortunately, none of these national instruments have been approved by the parliament. Older persons have now been identified as a vulnerable group by the Federal Ministry of Human Rights of Pakistan and there is a new Bill currently being drafted. It is not clear how the newly formed Ministry of Social Welfare plays a role, especially in view of the fact that the new Ministry has the remit of ensuring the social safety net for all.

The three provincial bills have many aspects in common: they envisage that the interests of older citizens are guarded by special councils headed by the provincial social welfare ministers. They propose providing better care for senior citizens at hospitals and establishing homes for older people. A unique feature of the Sindh law is a provision that those who abandon older family members and spouses can be punished with three months’ imprisonment or fines.

It is not possible to assess how these legislations have resulted in an improvement in the lives of older persons in these provinces. For example, the KP government established the Social Welfare Council, but has not been able to hold its quarterly meetings. Close to one million senior citizens in Khyber Pakhtunkhwa have applied for the Senior Citizens Card, which will give them access to free treatment and medicines as well as free entry to public places, but it could not be issued to them to date.  Many believe that these legislations were not implemented due to lack of budgetary resources.

Pakistan’s older population will double by 2030, reaching close to 25 million. It is therefore imperative that the country responds urgently to the most critical needs of its older population. At the same time, the policies need to promote more profound societal changes which creates positive age-friendly and enabling environments for future generations of older Pakistanis.

Supporting older people and particularly older women to have a secure income through universal social pensions should be a top priority in Pakistan. Ensuring that health services are aligned to the health needs of the older population especially at the primary health care level is essential to assist older people to remain active and engaged in their communities. Finally, eliminating all forms of age discrimination and providing an environment in which older people are protected from violence and abuse will help them exercise their choices and contribute to society.