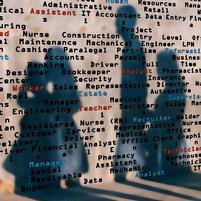 Rise of Job Insecurity: What Age Groups Are Most Affected?

It is with nostalgia that some generations look back on having had thirty-year careers in the same solid company. The notion of stable, lifelong employment appears to be a relic of the past. It has been replaced by the age of the “gig economy”, characterized by lack of job security.

Job insecurity is often portrayed as a problem of the young.  Because they have been entering the job market at a time when the structure of business has been undergoing enormous change, they are supposed to have lost out on the opportunity for having a long-lasting job. Yet some media reports claim that people in their midlife and older generations are more affected. A recent examination of the effect of midlife adversity notes that although this life stage tends to mark a high point for individual earnings and freedom of decision making, middle-aged adults are currently facing stagnant wages and labour market volatility. Drawing on large-scale data sets, researchers found that 24% of people between the ages of 45 and 74 were worried that they might lose their jobs within the next 12 months. A qualitative study commissioned by the Centre for Ageing Better (UK) concluded that people over the age of 50 who had lost their jobs were facing severe challenges for re-entering the workforce, including institutional ageism (employers’ reluctance to employ older workers) and internalised ageism (their own belief that they were too old to find new employment). Such prospects may increase the fear of the consequences of potential job loss among older workers, even if they are still in employment.

To-date, a systematic examination of the impact of job insecurity on different generations is still lacking, though there is some empirical evidence on age in relation to job insecurity. For example, a recent meta-analytic review explored age differences in the relationship between job insecurity and the job- and health-related consequences. It was found that job insecurity was more strongly related to turnover intention among younger compared to older employees. The researchers argued that this might be because younger workers were more on the look-out for opportunities to switch jobs for themselves. Furthermore, they found that older employees were more adversely impacted by job insecurity in terms of their psychological wellbeing and physical health. Older workers were under more strain as a result of family obligations and lower levels of mobility compared to their younger counterparts. The conclusion was that older employees were more at risk of job insecurity: they saw themselves as having fewer possibilities of escaping job insecurity by finding alternative employment, and were more likely to think that their health suffered as a result of their employment circumstances. There was, however, no difference between age groups when it come to the associations between job insecurity and job satisfaction, organisational commitment, and work performance.

Taken in the round, this evidence paints a rather bleak picture: job insecurity appears to be negative for both younger and older adults. Yet the preliminary evidence also suggests that there seem to be distinct ways in which job insecurity impacts individuals in different life stages. With the rise of job insecurity due to increasingly competitive labour markets, we need more empirical evidence to understand the impact of job insecurity on different generations. Only then will we be able to develop interventions to provide the support individuals need at the current stage of their lives.

Dr Lara C. Roll is a postdoctoral fellow at North-West University (South Africa) and was an Academic Visitor at the Oxford Institute of Population Ageing in January - March 2019.