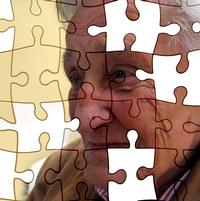 The art of living with dementia

Dementia is one of the most feared diseases in our age. Most research is on how to combat the rise of dementia. In a Dutch project I am involved in, we rather try to understand what it means to live with dementia. Not only for those affected, but also for their close ones. In our latest study – just published in PLOS|One – we tried to capture the lifeworld of family members who are involved in the care of their loved ones.

Based on 57 in-depth stories, we found that living with dementia from their perspective essentially means to be entangled in an uncertain and isolated life. Those concerned felt trapped in a prospectless future, as they increasingly lose the sense of equality and reciprocity. Due to the unpredictable but progressive development of the disease, staying in connection with the diseased person requires an ongoing effort to attune. By cause of the accumulated losses, they constantly had to find a new balance, refamiliarize themselves with a changed situation. Understandably, witnessing the relentless progression of the disease and dealing with the accompanying uncertain changeability is a very exhaustive process.

ART OF LIVING WITH DEMENTIA

What struck me most, though, was not this poignant unsettling process. Actually, most remarkable was the way a considerable part of our participants was able to deal with the situation, and showed resilience. Not that they trivialized the tragedy and suffering, but at least to a certain extent, they were able to face the situation, give up resistance and take up the difficult task of balancing the experiences of dementia as part of their life.

The stories of the family members showed that the art of living with dementia can be associated with four recurring themes, namely: 1) The ability to face tragedy; 2) The discovery of meaning and dignity in the context of illness; 3) Retaining a sense of connection and bond; 4) The primacy of attention and recognition by others.

Despite the demanding effort it required, participants somehow committed themselves to the situation and were still able to recognize meaning and value in life. Most found it very important that the person with dementia still felt a valued part of the family and social life. Our participants even talked about feeling a kind of responsibility; they should “do” something to confirm dignity and meaning in the lives of their loved ones. Regardless of the loss of reciprocity, some were still able to keep a sense of connectedness with their loved ones - even in more advanced stages of dementia -  trying to ‘keep the togetherness’.

What stood out well was that living with someone who is affected by dementia can be seen as a journey in which you constantly have to find a new balance and refamiliarize yourself with new ways of communication and adjust your expectations. In a sense, it requires the guts to surrender yourself to the unknown.

As caring for someone with dementia is a very demanding process, obviously participants longed for support and supportive information. Professional caregivers could of course play a significant role in supporting participants and enabling them to provide the necessary daily care. In practice, though, respondents told many stories about (unintended) mismatches. Unfortunately, this mismatch is not an exception. Indeed, The World Alzheimer Report (2016) states that there is still a discrepancy between the care demands of people living with dementia and available professional knowledge and support: “Even when dementia is diagnosed, the care provided is too often fragmented, uncoordinated, and unresponsive to the needs of people living with dementia, their caregivers and families”. Moreover, our participants essentially told that, for them, an attentive attitude of the professional caregiver is far more important than the actual intervention. In their view, first and foremost, a good professional caregiver is an understanding and attentive person who fully acknowledged the tragedy and the uncertainty and unpredictability they have to live with.

RESILIENCE IS A SOCIAL ENTERPRISE

One of the things I learned was that resilience in the context of living with dementia should not be understood as merely an individual ability, nor as a set of behaviours, but rather as a social enterprise.

About the author: Els van Wijngaarden was an Academic Visitor at the Oxford Institute of Population Ageing in Feb-March 2018. She is based in Utrecht, The Netherlands, where she works as an assistant professor in Care Ethics at the University of Humanistic Studies.