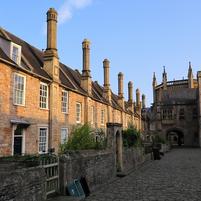 The Demonization of Older People

Just when you think you are living in an enlightened 21st century society, you read Philllip Inman’s article in the Observer under the headline: Old people are an increasing burden, but must our young be the ones to shoulder it? In fairness, Inman does make some valid points about the debate that is needed in light of our ageing populations, but some of the jaw-dropping statements like What are these people thinking when they hog the stage and push out younger performers? distract completely from the case in hand.

Can you imagine a similar statement referring to race, religion, gender, sexuality? I cannot even get myself to replicate Inman’s question in relation to these other “labels”.

Let’s get one thing straight. The ageing of our population itself is something to be celebrated as more and more of us are living longer and longer lives (and relatively healthy for most of these increasingly long lives). It is not these long lives and it is not the people living these long lives (and by the way that will be all of us….eventually, as even those young immortals age into old age) that constitute a problem. The problem arises because our perceptions of old age and older people in the 21st century are still firmly rooted in the 19th century, and this is driven by stubborn infrastructural barriers. We seem to have lost the meaning of old age.

The widespread perception of old age and older people is linked to the concept of retirement. The first social pension schemes which enabled retirement from economically productive activity (narrowly defined in an industrial age fashion) appeared with age thresholds of around 65-70 years and with accompanying restrictions. At that time – the end of the 19th / beginning of the 20th centuries – life expectancies were around 50 years[1]. Today, life expectancies are around 80 years in much of the world, but pension schemes still operate with age thresholds which have changed little since those pioneer pension schemes were introduced. There is clearly a disconnect between pension thresholds and life expectancies as we continue to suggest 20th century solutions for 21st and even 22nd century issues.

Perhaps instead of making stereotypical claims that this large section of our populations is a burden, we need instead to re-define old age as that final (short) time before death[2], prior to which we are older adults contributing in all manners to our families, our communities, our workplaces and society.

So when did ageing become interesting?

There are (at least) three institutional structures which historically defined older people as a separate group from everyone else in a population. These three structures are alms-houses, the pensions systems introduced increasingly in Western Europe from around the end of the 19th century, and the development of geriatrics as a medical speciality.

From the 18th century, alms-houses developed from institutions for poor disadvantaged of all ages (with older people a small minority among them) to institutions populated by older people, a result of the development of welfare for specific groups (poor, sick, disabled). This unfortunately meant that the group of (all) older people becomes homogenised into this group – the exciting and complex heterogeneity of old age is lost. Thus, alms-houses institutionalised a marginalised social space for older people.

Pensions systems introduced a marginalised social time defining old age. Indeed, they define an exact age beyond which citizens become dependent, separated from the younger productive section of the population. In this way, a well-defined phase of life called old age becomes anchored in society’s judicial and administrative structure. A collective perception of old age as a well-defined, chronologically determined phase of life appears from the middle of the 19th century. The statistical preconditions needed to regard older people as a well-defined group within legislation are to a great extent linked to the work of the Belgian statistician, Quetelet (1796-1874):

“Man is born, grows up, and dies, according to certain laws which have never been properly investigated……..” (Quetelet 1835)[3].

This approach opens the floodgates for a standardised definition of old age based on statistical probabilities, and along with this comes the opportunity to treat and understand older people collectively as a group in a chronologically well-defined phase of life. This statisticalisation of old age provides a scientific platform for the introduction of social support mechanisms in old age.

This in turn is closely related to the final institutional structure – the medicalisation of the ageing body/person. Geriatrics is born as a discipline around 1840 and has Quetelet as its actual and most important basis[4].

Medicine came to dominate ageing – it was about defying ageing and even defying death. The medicalisation of ageing – helped by the marginalisation of old age and older people mentioned above – led to the dominant image of ageing and old people as one characterised by the tired, failing ageing body. This remained the dominant feature of ageing research really until around the mid-20th century – what happened then?

What happened was gerontology

Gerontology is distinguished from geriatrics, which is the branch of medicine that specializes in the treatment of existing disease in older adults, and it is also distinguished from geratology, which is the branch of biology that studies aging, in as much as it encompasses all aspects of ageing as a life process. Gerontologists include researchers in the fields of demography, biology, nursing, medicine, criminology, dentistry, social work, physical and occupational therapy, psychology, psychiatry, sociology, economics, political science, architecture, geography, pharmacy, public health, housing, and anthropology, and others no doubt. It was not until the 1940s that pioneers like James Birren began organizing gerontology into its own field, and the Gerontological Society of America was founded in 1945. The British Society was not founded until 1971.

At the same time as this disciplinary development, society was also moving and developing. The modern welfare state begins to expand across the world. The welfare state is not just about the provision of support, however, it is all about rising living standards – people are living longer and retiring earlier. The early retirement schemes of the 1970s and 1980s in Europe and North America, introduced to create jobs for the unemployed youth, redefine the collective perception of and attitude to old age dramatically. This is a redefining of the space and time of old age.

The issue, however, is that someone aged 60 years is still pushed into the collective ranks of old age, slotting neatly into the stereotypical image of old age built up over the previous 150 years or so. How can they be expected to do this, given everything we now know about their health and life expectancy? Of course, they can’t. And when they don’t abide, they are still hung out to dry….for hogging the stage.

The potentials of ageing

Put quite simply, given increasing life expectancy and longevity, humans potentially have the opportunity to contribute to their families, communities, and workplaces for much longer – breaking through the legislative and administrative age barrier that constrains them and redefining old age in the life course.

Releasing and realising this potential requires a serious raising of awareness – an awareness of our lives and the length of these lives.

While the old ages of our parents and grandparents may not have been that different from one another, the developments of the last 50 years mean that our old age will be very different. The era of a life of 3 score years and 10 has long gone. It’s now 4 score years and 10 and may well become 5 score years and 10 for our children and grandchildren. Acknowledging  this means waking up to a new realisation with regard to work, leisure and financial preparation.

I’d like to read between the lines of Inman’s article that he also believes that this is what it is really all about, but the flag under which he marches (Older people are an increasing burden…) and the arrows he releases (What are these people thinking when they hog the stage and push out younger performers?) makes me think he’s not quite got it right.

[3] Quetelet, A. (1835) A Treatise on man and the development of his Faculties, published under this title in English in1842, William & Robert Chambers, Edinburgh.