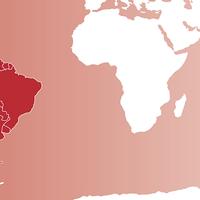 The Latin America Research Network on Ageing (LARNA) was created in 2008 under the directorship of  Dr. George W. Leeson at the Institute, and co-ordinated by Dr. Alejandro Klein from the University of Guanajuato in Mexico.

LARNA held an inaugural conference in Oxford in 2009 with papers published in a special issue of the Institute’s Ageing Horizons (Issue Number 9, 2010).

The journal has Dr George W. Leeson and Dr Alejandro L. Klein as Editors-in-Chief, and has a distinguished editorial board to support its work. The first issue will be published in October 2021, with two issues per year presenting original peer reviewed articles and book reviews. It will continue as the newsletter for LARNA members, so we encourages members to submit information about   books, notices of seminars and conferences.