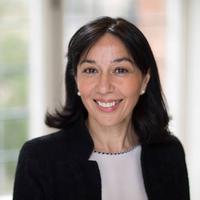 Nana joined the Institute in 2010 to work with Professor Sarah Harper and  Dr. Andreas Hoff on the research project “Future of Cities: Climate Change and Population Ageing – Conflict and Convergence” funded by the Oxford Programme for the Future of Cities within the James Martin 21st Century School. Nana also worked with  Professor Sarah Harper on the following projects:

She receievd an MSc in Environmental Change and Management (2003) from the University of Oxford.