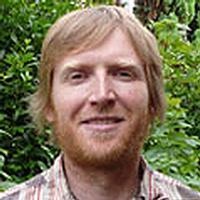 Dr Robin Mann is a Research Fellow at WISERD, Bangor University. Robin joined the Oxford Institute of Population Ageing 2006-2009. Prior to this he was a Researcher in the Sociology Department, Bristol University, as part of the Leverhulme Programme on Migration and Citizenship. In 2004, he obtained a PhD in Sociology from University of Wales Bangor which examined the politics of language and civil society in Wales.

Robin’s research encompasses a broad sociological remit, with a particular focus upon the following areas:

“Grandparents and multigenerational families”. Robin is working with Drs George Leeson and Hafiz Khan on “The Contemporary Dynamics of Grandfatherhood” (2006-8), funded by the Leverhulme Trust. This project combines both quantitative and qualitative methodologies in order to address the changing roles of grandfathers in families and changing relationships between grandfathers and grandchildren. He is developing projects around how linguistic and ethnic differences influence the way in which family biographies, identities and relationships are enacted. In particular, he is interested in how language, culture and ethnicity mediate the role of grandparents within multi-generational families and will explore this ethnographically with grandparents within bilingual Welsh-English families in Wales.

“Ethnicity and Nationalism”. Robin is also collaborating with researchers at Bristol and partners in Norway and New Zealand in order to examine the national sentiments of ethnic majorities within cross-national perspectives. This builds upon research into national and class identities in England (2004-2006) which formed part of the Leverhulme Programme on Migration and Citizenship held by Bristol University. He is specifically interested in exploring the material and cultural contexts within which ethnic and national identities become meaningfully expressed. Alongside this project he continues to develop papers for publication examining the relationships between language, ethnicity and politics in Wales.