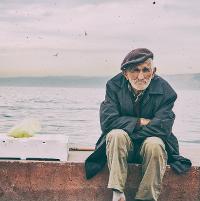 Conditioned thinking as a risk factor in older migrants' health

How does the health of migrants in the UK compare with that of their age peers in their country of origin? Do they enjoy better health in later life? Recent research looking specifically at Turkish migrants suggests that for a similar age group those who are ageing in Turkey might enjoy a better quality of life than those who have migrated. This argument might be counterintuitive, given the UK offers one of the best public healthcare systems globally. However, a recent study at the University of Oxford came out in support of this observation:

"Migrants who have lived in the UK for longer are more likely to have health problems than those who arrived recently, even when comparing people in the same age groups."

I have been conducting policy research on ageing in Turkey in recent years, where there has been growing attention to enhance older people's health and well-being. These positive developments have made me wonder about the situation of older Turkish migrants here in the UK. Even though they are not the largest migrant group in the UK, their experience is likely to resonate with many other migrant groups.

Why should migrant health be worse than that of age peers in the country of origin?

There is not much available research specific to ageing among older Turkish migrants, or other migrants to the UK that provides a direct answer to this question. We can though connect the dots between several pieces of recent research by way of a starting point.

Migrants are reported to experience various hurdles in accessing health and care services and they may feel excluded from various health promoting activities due to an array of factors. They might be impacted by competing demands in their daily lives, making it harder for them to prioritise health demands, such as physical activities and seeking early diagnosis and monitoring. They are more likely to provide care[1] for extended family members. There could also be other factors reducing their access to health systems, such as institutionalised forms of discrimination[2], as identified by a study of ageing Turkish migrants in Vienna. Accordingly, migrants appear to experience similar morbidity and mortality patterns to the native European host populations but earlier in life and more severely.

Could there be other factors contributing to observed health inequalities among older Turkish migrants compared to that of their age peers in their country of origin?  One study suggests that Turkish migrants have a solid yet ‘outdated’ view on ageing:

"many of the participants were more influenced by their own perception of ageing as young adults when migrated from Turkey than becoming an older 'British' citizen, thus reflecting a perception of ageing that related to a different place (Turkey) but that might have also related to a different generation (how their own grandparents have aged for example)."

Also, a large quantitative study on older people in Rotterdam has reported that Turkish migrants consider old age to start much earlier than the host group. They have a strong perception of ageing that is more negative when compared to native Dutch, even when controlling for resources. The study couldn’t explain why.

One plausible explanation of the persistence of this outdated view of ageing among some migrants could be that they ‘live inside’ a kind of social bubble because of migration. Their attitudes and beliefs about ageing are likely to lead to some form of negative 'conditioned thinking' about ageing, triggering a causal chain of negative effects on health outcomes and ageing.

To put this ‘old view’ into perspective, when migrants who are now over 60 left Turkey, the average life expectancy at birth was 52 years, much lower than what it is now (78rs). We know that they are likely to have developed negative views of ageing as a result of what they

observed in their families and communities before migrating, and that they would observe very different conditions and attitudes in the same communities now. Furthermore, there is evidence to suggest that many of them find it difficult to relate to the majority group of the UK (host) ageing population. Could it be the negative views are reinforced by the social bubble in which they live and their relative lack of exposure to changing attitudes in the host community?  Language barriers, health illiteracy, loneliness, and isolation would contribute to cementing these negative views.

Negative views embedded from an early age are likely to impact health-related decisions throughout the life course. People who are pessimistic about their future health will underestimate what they can gain by health-promoting behaviour resulting in a cycle of negative feedback. In addition to negative ‘conditioned thinking’, an outdated view of ageing may also entail misguided health-related information and habits. For example, in some middle eastern cultures, the view was widely shared in previous generations of older people that the best way to deal with joint or muscle pain would be to get more rest and reduce movement. The informal caregivers, usually the offspring, accepted that view and helped their parents to put it into effect. Now we know this course of action is likely trigger a cascade of adverse consequences - weaker muscles, impaired mobility and accelerated ageing. For those who migrated and didn’t update their knowledge (this is where the social bubble comes in), negative ‘conditioned thinking’ is likely to combine with these old habits. The upshot is that some migrants are disadvantaged compared to their home countries as well as their countries.

How could the role of 'conditioned thinking' as a causal agent be investigated?

To validate the assumption of conditioned thinking as a risk factor statistically and measure its effects would require extensive and detailed longitudinal data. It would need to cover both the health and social aspects of young migrants who moved from Turkey to the UK in the early 70s who are now aged 60 or more. It is not very likely that we would find suitable data.

In the absence of longitudinal data, perhaps we can model this complex process using a mathematical dynamical system. Using a dynamical systems approach to investigate social phenomena is not new, although rare. As an example, and it almost 30 years old, this approach has been to study diffusion effects in fertility transition. Another example, although in a different topic, could be found in the blog of modelling Covid-19 infection spread in care homes.

To put the matter in abstract terms, the dynamical systems approach would represent the continuous change and interactions between health and the social environment using differential equations. The role of 'conditioned thinking' can be described explicitly in the model as a causal agent. We can compensate for the lack of longitudinal data by making a few assumptions for the system parameters for that group of migrants based on the available research, qualitative and quantitative, and data on health indicators. The modelling should recognise the presence of an outdated view of ageing from an early age (i.e. at the point of migrating to the UK) up to later life, and address the role of offspring and closed social networks (i.e. how they can affect, and be affected by, these outdated views).

I would argue that even with quite sparse data, such a modelling style can provide us a quantified understanding of the dynamics of diffusion of information among migrants. It can be used to plan diffusion of targeted healthy-ageing information and interventions among older migrants, including their offspring. Furthermore, cross-learning from culturally similar contexts could be beneficial. It can be utilised to relate older migrants to their own countries' counterparts and enhance healthy habits. The older population in the UK is growing diverse; and the promotion of healthy ageing in a diverse population requires a concerted effort to improve migrants' health.

[1] Family support among migrants is changing and shouldn't be assumed to substitute for formal care.

[2] This finding is likely to vary across Europe.