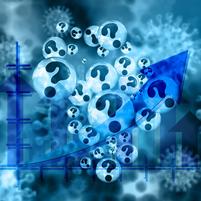 Some thoughts on modelling Covid-19 infection spread in care homes

The high death toll in care homes during the peak of the epidemic attracted a lot of media coverage as well as speculation about how and why this happened, including the possible contribution of particular policy choices to these deaths. To understand what happened, we need to have a good grasp of how an infectious disease like Covid-19 can spread in care homes.  This is possible by making use of so-called compartmental models. First developed in the 18th century by Bernoulli to study smallpox mortality, their use in the analysis of the dynamics of infectious disease really took off in the last century and they are now a standard tool for epidemiologists.

Now consider how little we knew about Covid-19 at the beginning of this year. The absence of data - historical data on the course of previous epidemics - meant that it was not possible to base predictions on a statistical model constructed to fit existing data simply because there were no historical data available. Compartmental models, on the other hand, do not necessarily require a lot of data to be useful information. At the time, what we knew was that Covid-19 was highly infectious in the human population and could cause death. Because it was new there was good reason to think that the entire population would be susceptible if no control measures were implemented.

The basic idea behind compartmental models is simple: to simulate the dynamics of a system or population by means of a set of ‘compartments’ and a set of equations which quantify either the rate of flow between one compartment and another (e.g. healthy à sick à recovered/dead) or the interactions between different populations (like parasites and hosts).

To understand how Covid-19 can spread in care homes, we can start with the question of how it can spread in the population of an enclosed geographic area. For this purpose epidemiologists use a well-known compartmental model for the spread of infectious disease the Susceptible Exposed Infected Recovered - or SEIR - model. Variants have been used to model the spread of Covid-19 in regions such as Wuhan and North Italy.

The SEIR models the dynamics of the disease by showing how the distribution of the population across four possible conditions (the compartments) changes over time. Initially, everyone is susceptible with no infections; as infection is imported to that population by travellers or some other means, the number of susceptible cases falls and the number of infections increases. Many of the infected eventually recover but, due to the interaction with others in the susceptible compartment, they contribute to new infections. As the number of infected individuals grows, the force of infection gets stronger until the infected numbers peak before gradually slowing down again. This happens because of the lack of the ‘susceptibles’ that are needed for the pathogen to survive.

The inclusion of an Exposed compartment in the model imposes a delay between the time when a person been exposed to the disease and the time at which they realise they have been infected. These dynamics of spread assumes a population that is totally mixed and naïve about the existence of the disease and allowing the infection to spread. Because this is a new disease, it is necessary to make assumptions about parameters based on knowledge from other infectious diseases. These values can be adjusted at a later stage as we learn more about the disease and the recorded number of cases continues to increase.

It is in the nature of such dynamical systems, moreover, that we can use the model to extract important information such as the equilibrium states of the disease. Is it in the process of being eradicated or is it moving towards an endemic equilibrium? Further analysis helps us to get some kind of a grip on the timing of the next peak of infection and the role of seasonality.

The main problem with applying this kind of model directly to the entire populations of care homes is that they do not constitute a totally mixed population. Although we can assume residents are mixing within a single care home, we do not expect the mixing of residents between different care homes. The homes are spatially dispersed, and each care home constitutes a distinct subpopulation. The disperse is determined by which care home the individual resident belongs to and the distances to other care homes.

Although care homes residents don't by themselves travel to other care homes, care workers do sometimes travel between care homes. It’s known that care workers may work for several employers simultaneously, that they can visit more than one care home a day, and that they usually work within a certain perimeter from their home residence. There are several different approaches to dealing with these spatial subpopulations depending primarily on the form of interaction between them. Analysing the movement between care homes will help us understand the coupling between different care homes. Although we can represent the exact pattern of movement between any pair of care homes, this would lead to a vast number of differential equations and will be prone to any changes making this approach impractical. It is better to define a transmission kernel; a mathematical function that defines the force of transmission of infection between any two care homes based on their characteristics such as the distance between them, the number of beds and other constraints. Formulating such a function and its parameters is very challenging but nevertheless very important.

Even with the approximation of a transmission kernel, modelling the full details of infections spread dynamics within the entire care homes settings is complex. Because the force of infection in every single care home is continuously dependent on the forces of infection in all other care homes simultaneously, the modelling would still require thousands of differential equations. The decision to capture the full dynamics on such a refined level or to apply a more aggregate approach is dependable on finding the optimal scale for a dynamical system and is discussed in the literature.

There are yet more difficulties to be overcome in applying the SEIR model to care home populations. Used in a deterministic format, it implies that once an infection is introduced in a population, the numbers of infected increases exponentially. But this assumption may not be correct in small populations. Furthermore, the way the model is constructed (with continuous numbers, including fractions, in the equations) means that an infection introduced into one care home would necessarily lead to a fraction of infection in each of the nearby care homes. The model would thus guarantee an infection spread in each of those nearby care homes.  Once again, the assumption might not be entirely warranted (it could depend, for example, on the individual care home’s infection control procedures). This suggests that stochasticity should not be ignored when modelling infection spread in small populations. Stochastic components can be introduced into the SEIR model in different ways that maintain the underlying mechanistic format at the same time as they quantify the uncertainty of infection events. We have to recognise of course that a stochastic model will introduce another level of uncertainty into the analysis that requires careful tuning, reviewing and has to be reflected on reporting.

So what can we say?  Existing modelling frameworks can be tailored for analysing the spread of an epidemic in long-term care facilities like care homes. Not only do we need to be clear about the extra complexity of the underlying mathematics involved, but we have to understand the different characteristics of care homes that might be relevant to making the model a ‘best possible’ representation of the real world - such as their coupling dynamics, and the variability of infection control procedures. Despite these difficulties, and they are not to be underestimated, I would argue that such modelling is essential to give a firm foundation to measures for protecting care home residents, the care workforce, as well as the general public. The modelling could be further used as an interactive platform for informing public health policies in response to current and future endemics.