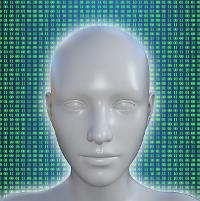 Employees’ Perceived Fear of Automation: Which Age Groups Are Most Affected?

The speed of automation, accelerated by the COVID pandemic, prompts the question as to what will happen to occupations. Some are predicted to significantly change, while others may even disappear. The World Economic Forum estimates that about 50% of all employees will require some form of upskilling or reskilling to stay relevant in the labour market.

However, one might wonder whether occupation insecurity affects all age groups similarly. Specifically, one could think about the impact of automation on different age groups in two competing ways: On the one hand, the older generation may experience higher occupation insecurity because of perceived limitations in terms of how well they would be able to adjust to new developments. Older employees could be concerned that they cannot acquire the new technological skills required. On the other hand, the younger generation may be more affected by occupation insecurity because they still have more years in their working lives ahead of them, during which significant changes due to automation could occur.

To examine these competing possibilities, in addition to the UK, data was gathered in the USA (N=544), Germany (N=989), Belgium (N=1,324), and China (N=772) through the data collection agency Respondi (https://www.respondi.com). As the figure depicts, in the UK, USA and Germany, older workers (50-65 years) were significantly less affected than their younger (18-34 years) and middle-aged (35-49 years) counterparts. In Belgium, the differences were not significant, though the same trend can be seen with older workers scoring slightly lower.

These results lend support to the second narrative outlined above that younger and middle-aged employees appear to perceive higher occupation insecurity, since they are likely to face more changes due to automation throughout their careers. In contrast, the older generation appears to feel less insecure, possibly because they might expect to be saved by retirement before significant changes to their occupations will come into effect.

However, the USA, for example, is also not known for a strong social safety net, yet results show lower levels of occupation insecurity than in China. While the notion of the American Dream and that everyone can achieve anything has been crumbling, a certain level of optimism about the future remains, especially among minorities. This might explain why the overall level of occupation insecurity is still comparatively lower in the USA than in China. Future research, possibly involving qualitative research methods like interviews, is needed to look deeper into the reasons behind these findings.

Given demographic change and ageing workforces, there is an increasing drive to encourage employers to retain older workers for longer. However, the results above seem to call into question whether older employees would actually be in favour of that if it means longer working lives with the possibility of encountering change to their occupations due to automation.

At the same time, these findings show that there appears to be a significant concern among the younger and middle-aged groups regarding the future of their occupations. Addressing these concerns will be in the best interest of employers and governments alike. Employers can potentially waste expensive investments into new technology if their employees resist its implementation. In the long-term, the consequences could be serious implications for the competitiveness of the organization. Likewise, governments have an interest to ensure that their working population has the right skills for the labour market to allow the economy to strive. Therefore, incentivizing reskilling and upskilling would benefit the individual, organizations and society as a whole.

Acknowledgement: The author would like to thank Robert Hanusa for creating the graphs, and both Dr Leeson and Prof Harper for their feedback.

Dr Lara C. Roll is a Marie Curie Fellow at KU Leuven (Belgium) and an Extraordinary Researcher at North-West University (South Africa). She was an Academic Visitor at the Oxford Institute of Population Ageing in Trinity 2022.