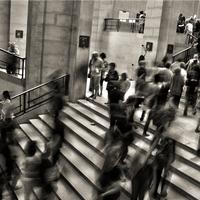 Intergenerational baiting and "being cringe" in Brazil

Last week in the Institute blog Christian Langkamp highlighted some of the reasons for growing intergenerational tensions in Germany.  I want to look at Brazil, and especially the way that ‘being “cringe”’ that has gone viral here on social media as a marker of intergenerational differences in values, outlooks, and tastes.

In the English-speaking world, or at least that part of it that is regularly uses social media, the slang term “cringe” may be familiar.  Not so in Brazil, and its arrival here has attracted a lot of attention from mainstream media and cultural commentators.   It was only 2 months ago in June that the notion of something or someone being “cringe” started to go viral on social media. The basic use is to describe a situation or activity or condition as shameful or embarrassing (i.e. an adjective not a verb).  But instead of being just another slang word that stays in its own milieu or at most invites a shrug of the shoulders, it seems to have become a focus for concern and debate about intergenerational relations, a symptom of a worrying cultural shift.  Its introduction into the language (untranslated into Portuguese) has being taken seriously.

It all began with a post by Carol Rocha on Twitter, who asked young people belonging to the so-called Generation Z (born between 1997 and 2010) – ‘zoomers’ – to say what they didn’t like in Generation Y or Millennials, those born between 1981 to 1996 (my generation!).  It didn’t take long to compile a list of habits and choices that were seen as characteristic of the Millennials and “cringe”. These included using emojis, eating breakfast, combing one’s hair parted to the side, paying bills (instead of using internet banking), among others.  After this initial post, the term quickly went viral.

As identified by Rocha it has a distinct intergenerational edge.  Utterances like “that’s cringe!” or “you’re cringe!” tell us not just that the person or habit is embarrassing, but also that they belong to an older generation. They belong to the past, not the present.

To help interpret the new coinage, journalists turned to academics like psychologist Stephanie Strzykalski. She suggested that the social difficulties of so many Millennials – finding it difficult to establish themselves in the adult world  - makes them stand out as rather peculiar. When compared to their parents or grandparents, they seem to be on the threshold of ‘full’ adulthood, but can’t quite make it:  already in their thirties, possibly still doing their studies, living with their parents, with no firm intention of starting a family.  There is more going on here though than a marker for social and cultural changes. Millennials are seen as vulnerable to satire and a possible focus for intergenerational conflict. Could it have something to do with the fact that adjacent generations are now more widely spaced than used to be the case?

As Kimi Tomizaki, professor of Sociology at the University of São Paulo, has said, the identity of a generation is determined by a multiplicity of connotations that refer to a specific historical and political context. The context shapes generational ways of thinking and acting which will guide individual, family, and collective expectations (and perhaps dictate what would be considered cringe). Tomizaki uses the term ‘generational set’ for common experiences capable of creating bonds between certain individuals who feel connected by a common destiny and a given way of conceiving the world and their place in it. This will be associated with ways of perceiving successor and predecessor generations that carry evaluative weight and underpin a sense of solidarity and or conflict.

In Brazil, with a social context marked by strong inequalities, we have no difficulty observing intergenerational negotiations and tensions in study and work environments. As Tomizaki points out: “Young people have had their professional and personal horizons narrowed by the precariousness of employment contracts and instability in relation to the future”. We should not forget of course that such negotiations and tensions occur in the more private world of the family.

A recent study by Oliveira & Ramos has reminded us that when generations coexist in a single family unit, there is space for confrontation, ambiguity and domination, and that is what we often observe (with relations domination running in both generational directions). There are multiple points of potential tension due to different ideas and values, which may cause disagreement to escalate into estrangement. When the customs and fads of a certain time are judged to be right or wrong, families may find themselves in a situation that leaves no room for simply being different. And differences in values can be sharpened by other potential causes of tension: the quality of relationships, marital histories, the financial dependence of children (perhaps the result of failure to entering the labour market), the functional or physical dependence of older members of the family. And outside the family, we can still hear plenty of voices telling us that our possibilities for self-expression depend heavily on chronological age.

As the term “cringe” continues to embed itself more widely in the daily life of the Portuguese language in Brazil, I worry that it helps also to embed age-related stereotypes and to turn generations against each other. What can we do about it?  The dialogue between generations and even the conflict itself appears as a possibility to reframe concepts, but would that be enough?  Although we are seeing an increase in intergenerational programs in partnership with governmental and non-governmental institutions (França, Silva & Barreto), although, it is hard to assess their relevance for intergenerational relations in everyday life. In the meantime, I can hope that what is now considered cringe may take on a more positive  value with the passage of time. Perhaps cringe will become vintage.  It is interesting to see the hashtag “cringe pride” (#orgulhocringe) has appeared as kind of counter-attack on social media.  ‘What’s cringe for you is a source of pride for me’.  But maybe I only noticed this because I come from a cringe generation.