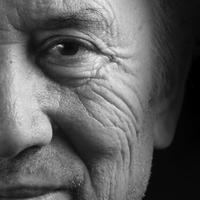 LANGUAGE AND THE LONGEVITY DIVIDEND

You know that feeling when you happen upon a news item and find yourself thinking: "Did I just read that correctly?" So it was when I read a story recently about a major British insurance company that was dropping the words "energetic" and "innovative" from their job adverts in order to woo older workers. Apparently, the company feared that people like me—aka over 50—would be put off by words like "enthusiastic" because it might suggest that the firm was looking for someone younger.

The change in wording was undertaken in order to foster more inclusivity in hiring practices at this company. According to a 2021 report from the Centre for Ageing Better, using words like "innovative" and "adaptable" in a job listing impinges negatively on older candidates' perception of their prospects for a given job.

I welcome the company's intention. In an era where businesses are scrambling to prioritise diversity and inclusion, it's great to see age diversity included in that mix. But as someone who, at the ripe old age of 56, routinely finds herself to be *the* most energetic person in any room she enters (real or virtual), I was saddened and outraged by the job ad story.

For me, it gets at a much larger societal problem, which is the vocabulary we use to talk about ageing. An earlier report by the Centre for Ageing Better points out that ageing is often associated with decline and ill-health, with older people commonly portrayed as frail, vulnerable and dependent. This is true across sectors:  Policy makers invoke a "crisis in ageing," the media uses pejorative adjectives to describe older people, and the charity sector relies on stereotypical (usually negative) ageing narratives in order to raise money.

This linguistic age bias is just as bad in the United States. Research from the Frameworks Institute points out that Americans tend to  talk about “fighting” or “battling” ageing, a metaphor that both reflects and perpetuates the idea that aging is bad. The time-worn cliché that older people can be “forever young” or “young at heart” also signals a preference for youth over age. As a result, we tend to "other" older people through an us vs. them discourse, rather than talking about aging as a natural part of the life course.

Clearly, we need a new vocabulary for how we talk about people in the second half of life if we are to generate any sort of change in attitude. Part of that effort starts with the media.  I've been really pleased to see the growing attention major media outlets are placing on breaking stereotypes about ageing. The Financial Times, for example, now has a section entitled Next Act, devoted to planning all aspects of later life. Websites with names like Better After 50, Sixty and Me and Next Avenue are all contributing to a much more complex and nuanced portrait of this demographic.

But it's not enough. Because while these are all fantastic media outlets, they are also very siloed. They thus risk fostering a more positive discourse about ageing that stays inside a generational filter bubble.

I personally think that another important part of the solution lies in education. As I've argued before, we need a new curriculum to inform ourselves about the New Old Age. Secondary school students could be required to read books like The 100 Year Life and Being Mortal to get a sense for what the so-called longevity dividend means for the kind of workplace and healthcare they can expect. This consciousness-raising curriculum could be combined with a set of practical, affordable courses in community/technical colleges and continuing education programmes that furnish people with practical skills for how to navigate this emerging landscape.

There's a special issue of the journal American Psychologist entitled Rethinking Adult Development:  New Ideas for New Times, that's all about the importance of rethinking previous theories, assumptions and stereotypes about the course of adult life. By way of example, the editor of the special issue, Jeffrey Arnett, points out that although life after age 60 is traditionally regarded as a time of inevitable decline, the reality has become sharply different—and better—in recent decades. Adults between the ages of 60-75 are thriving:  exercising more, finding greater fulfillment in work and living longer, on average, than ever before.

Interestingly, while Arnett labels some of the other phases of adulthood, he doesn't come up with a name for this one. So in the spirit of changing our discourse, I'd like to end this post with a challenge:  What do you think we should call this 60-75 year old age cohort?

Throw your suggestions in the comments section of this blog. And by all means, feel free to use the word "energetic..."