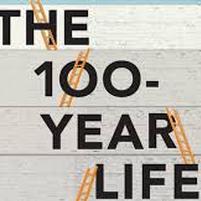 How employers must adapt to longer lives

I absolutely loved The 100 Year Life, a book by two London Business School professors, Lynda Gratton and Andrew J. Scott. It was one of the first books to examine how our ability to live longer lives will transform the world of work. Whenever I encounter middle aged friends who feel stuck in their job/career/marriage/fill-in-the blank, I say "Read this! You're going to live to be 100. Make the most of it!"

If you're familiar with The 100 Year Life and/or the related research on aging and the future of work, the first two-thirds of the book's sequel - The New Long Life: A Framework for Fourishing in a Changing World - covers familiar ground. There's a lot more data in the second book, and an explicit focus on how advances in technology intersect with ageing trends.

But I was mainly interested in the final third of the book, where the authors stop identifying challenges and start talking about solutions. There are loads of actionable ideas in here for how we adjust work, school and public policy to accommodate longer, more productive lives. In an earlier blog I explored why it's in the interest of businesses to adapt to embrace an ageing workforce. Here, I'll zero in on the potential changes we need to see in the workplace to suppor this age of longevity:

While Scott and Gratton do a nice job of outlining the institutional changes needed to underpin an age of longevity, I was less convinced by their socio-cultural prognosis for change. They make a plea for us all to become "social pioneers" to support the changes required at the macro-societal level. Sounds good, but where do I sign up? In other words, how do such longevity champions emerge? Through osmosis? Education? The charitable sector?

I look forward to hearing their answer in Book Three. Working title: Leading the Age of Longevity. (And yes, I'd love a cut of the royalties while I'm at it...)