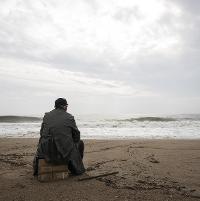 Should we be concerned about the role of choice in death and dying?

“Choice with regard to death and dying is a bourgeoisie thing. The bulk of people are just trying to keep themselves alive.”  With this statement, Allan Kellehear, medical and public health sociologist and Clinical Professor at the University of Vermont, set a tone for the recent  symposium held at the Oxford Institute of Population Ageing,  ‘The role of choice in death and dying in late life’.

The Symposium convened by the author discussed the social and ethical implications of the growing policy emphasis on individual choice regarding death and dying. Other panelists were Ashley Moyse, ethicist and Postdoctoral Fellow at the University of Oxford and Nancy Berlinger, ethicist and Research Scholar at The Hastings Center.

The panelists acknowledged that an increasing group of citizens in affluent Western countries voice the wish to have their end-of-life preferences addressed and serviced, but also raised important questions concerning end-of-life decisionmaking practices that need careful deliberation.

About the author: Els van Wijngaarden is an Associate Professor in Care Ethics, University of Humanistic Studies, Utrecht, The Netherlands. She is a Visiting James Martin Fellow at the Oxford Institute of Population Ageing from 4 October 2021 to 4 January 2022.