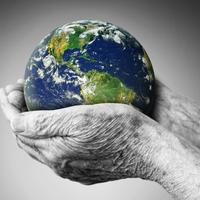 ‘Global Initiatives’ are generally thought a Good Thing.  They promise harmonious collaboration towards peace and prosperity.  And in fact the Global Initiative on Loneliness and Connection (GILC), launched this summer with members across the world, really does bode well for evidence-supported action. Followers of the work and global perspective of the Oxford Institute for Population Ageing may be encouraged that GILC’s co-chairs, from the US-based Foundation for Social Connection and Australia’s Ending Loneliness Together are building on strong academic connections to support its mission.

Influential transnational agencies are actively interested too. The holistic founding definition of ‘health’ in the World Health Organisation some 70 years ago has found added expression of that principle in its new advocacy brief on isolation and loneliness, as part of its 10-year programme on healthy ageing.

The Foundation for Social Connection is sustained by the work of a Scientific Advisory Council, whose chair Professor Julianne Holt-Lunstad is now a research household name in the study of social connections. Building on her meta-analyses of the impact of weak social connections, she helped write an authoritative ‘Consensus Study Report’ calling for the funding of research to lay strong scientific foundations for clinical and public health interventions.

On the other side of the world GILC co-chair Professor Michelle Lim echoes this quest for scientific rigour in framing interventions.  She also points to emerging social trends in the ways we relate to one another, communicate and function in a social environment so dominated by online ways of connecting.

This is a major dilemma. Building on her 30 years’ research into the psychology of people’s relationships with technology Professor Sherry Turkle described its excluding and devaluing impacts, but pointed towards the opportunity for us to get the quality of interaction we ought to have if we decide that it is we who keep technology busy, rather than the other way round.

Other leading commentators reinforce the urgency of this step forward. Noreena Hertz gives chilling accounts of how a “Digital Whip” – algorithm-driven job interviews and a surveillance workplace -  now tyrannises us in daily life. Professor Robin Dunbar’s work points to the genuine opportunity from online activity to maintain friendship and stimulation. Former President Obama’s ( now President Biden’s) Surgeon-General Dr Vivek Murthy calls for tech companies and a new generation of “humanistic entrepreneurs” to design and develop technology that intentionally strengthens our connections, rather than weakening them, prioritising quality of interactions over volume.

In Australia some public impetus to combating isolation was generated by the creation of an annual ‘Neighbour Day’, stirred by the tragic case of Elsie Brown[i], exhorting people to reach out to their neighbour, hopefully as a prelude to greater neighbourliness.  In the UK the ‘Great Get Together’, one of Jo Cox Foundation’s bold initiatives, shares this impulse, and has reached 18 million people through community events,

Work on social connection in the UK is also broadening its scope, to embrace the needs of all ages and stages, strengthened by the work of researchers such as Professor Pamela Qualter from the University of Manchester. The Co-Op Foundation has championed the interests of young people, who are equally susceptible to feelings of loneliness.  In the Covid pandemic 26% of students reported feeling lonely always or often, compared with 8% of the adult population, as they faced unusual and severe restrictions on their ways of living and learning.

The universal impact of the coronavirus should perhaps have been a unifying influence.  But the Campaign has demonstrated that its economic and health effects have been very uneven, bearing down hardest on those already excluded and disadvantaged.  The lonely became even lonelier. The widespread resort to remote working was empowering to some, but didn’t work for the many already digitally excluded.

Specifically, mental health deteriorated for very many, underscoring the vital importance of psychological approaches and for more campaigning to promote mental health.  Here again GILC has a big role to play to share a silver lining in the dark Covid clouds, in terms of many resources generated, and can harness the rich weekly research digest from the Foundation for Social Connection.

Close to home we have many sources of wisdom, about communities, communication and friendship.  Christian Langkamp, lately of this parish, has produced an extraordinary compendium of practical thoughts about the key issues and opportunities of friendship, which combines research rigour with great readability (400-page manuals aren’t normally page-turners). The What Works Centre for Well-Being (which hosts the Campaign to End Loneliness) has helped the government prioritise the filling of evidence gaps, with a particular focus on research into interventions for improved psychological health, following a recent report by the Campaign.

But back to ‘Good Thing’ status.  We cannot fairly term something global unless the diversity of the world’s countries and their severest challenges are represented.  Here there is a challenge for pioneering transnational agencies such as HelpAge International (HAI), with its membership of 150 agencies and leaders across 86 nations, many of which face high levels of poverty, poor access to healthcare and challenges to basic human rights.  HAI is engaging with shocking inequalities.  While just 3% of Africa’s population is fully inoculated against coronavirus, in the UK more than 80% of our population have been protected.

But HAI is acutely aware of the widespread experience of isolation and loneliness felt by many globally, from poor neighbourhoods in Nairobi to rural villages in Vietnam.  Through its huge network of Older People’s Associations it hopes that many more people will be reached with home care visits, and by empowering older people’s voices.  Like all of us they need data: evidence with which to advocate and secure change in policies and behaviour.

So there is a great opportunity for this Global Initiative to act with true universalism - across countries, cultures, classes, age groups and life events -  to influence improvement, campaigning with its feet on the ground of research.   More shared knowledge about what works. More governments seized of the need to act and enable. More public awareness.  And many more of us feeling we have more in common, and thus reaching out.

[i] The remains of Elsie Brown were found in her Melbourne suburb home two years after her death, triggering widespread shock and concern, and leading to the creation in 2003 of a national Neighbour Day, now run  by Relationships Australia  https://relationships.org.au

Paul Cann has held senior roles in the UK voluntary sector for the last 30 year.  An English graduate of Cambridge University, he has been active in work to address ageism, poverty, social exclusion and dignity in care. In 2008 his Help the Aged team won 5 national charity awards for its campaigns which led to the Equality Act, and in that year he was awarded the medal of the British Geriatrics Society for an outstanding contribution to the interests of older people.  He was a Visiting Fellow of the Oxford Institute of Population Ageing from 2004-2007 and the International Visiting Fellow of the Australian Association of Gerontology in 2016.  In 2011 he co-founded the Campaign to End Loneliness. He was appointed OBE in the 2020 New Year's Honours List