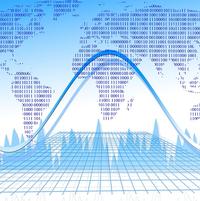 As the Middle East and North Africa (MENA) region is in the process of ageing transition, there is an urgent need to encourage and advance comprehensive research on all aspects of ageing. The International Plan of Action on Ageing, 2002 (MIPPA) agreement clause 129, states that research on ageing is a principal component of the MIPPA’s action plan. The availability of reliable data and information is indispensable in research activities and benefits policy planning, monitoring, and evaluation. Data can be provided at different levels, starting from country-level indicators, in which case a single value would identify the country, for example, a country’s GDP. This type of data is valuable for international comparisons, but sometimes it is the only data available on a specific topic. The countries in the MENA region are participating in most of the historically established global indicators. Such data can still be beneficial in the absence of other more granular data; for example, Ismail and Hussein developed a novel estimation model for the cost of long-term care (LTC) based on national indicators. They first used this model to estimate the current cost of LTC in Turkey and then for three countries in the Arab region (Egypt, Syria and Saudi Arabia) presented in the latest UN-ESCWA Population Development Report. The latter report recommends that MENA region countries expand their host of indicators as an evaluation framework by considering the new international indices, such as the HelpAge’s Global Age Watch Index, the OECD's Better Life Index, and the WHO Ageing Data Portal, as comparative measures.

However, in addition to collecting a suite of indicators, the region needs detailed data to support ageing policy implementation. Effective policy implementation should draw on detailed, more nuanced data reflecting inequalities, diversity, and the specific cultural aspects within and across different countries in the region. For example, Kuwait, a rich gulf country with a high level of investment in health care as reflected in the indicator of health expenditure per capita, is experiencing the lowest average life expectancy in the gulf countries. This contradiction is partially due to the Kuwaiti social culture reflected in certain lifestyles and collective attitudes towards diet and physical activities. A predominantly sedentary lifestyle is likely to have led to a significant rise in type 2 diabetes and obesity to the level of national emergency (WHO, 2014a). Ismail and Hussein (2019) conducted a clustering analysis for Arab countries based on average life expectancy and health expenditure per capita to explore factors associated with the ageing transition in the region. Their study results strongly suggest that, in the region, health expenditure per capita is not the only factor in improving health outcomes, including the average life expectancy. The same study highlights that some countries, such as Lebanon, with modest health expenditure compared to most GCC countries, can still enjoy a much higher average life expectancy than others, likely due to more uptake of healthy lifestyles and behaviour, including diet and physical activities.

Without detailed data, such vital assumptions cannot be validated. Furthermore, it is necessary to collate detailed individual-level data to enable effective policy and practice implementations. I will provide selective areas where data is imminently needed to ensure the development of ageing policy and practice required for the fast-ageing transition in the region.

There is no formal LTC provision system in all countries in the region. To establish holistic LTC systems, the governments must estimate current, and future LTC services demand, reflecting the number and characteristics of people likely to need to access such services. This planning is essential for low and middle-income economies to utilise their economic resources efficiently. And this is also the case in high-income countries in the MENA region. For example, if we look at Oman as a gulf country, the current LTC provision is based mainly on concepts of intergenerational solidarity. Such informal LTC provision is unlikely to continue in its current format given the various demographic and societal changes within the families and society.

Changing families and societies have been observed across all countries within the MENA region. Some of these changes relate to internal and international migration, a move from the traditional proximity of living across generations. For example, Egypt, the most populous country in the region, has been expanding and creating new residential areas and cities beyond its capital and major cities to accommodate population growth. However, such new cities primarily attract younger populations who leave behind their older relatives in the old towns and are usually unable to continue meaningful social ties due to distance and travel time. On other occasions, offspring who can afford larger properties move their parents with them, unintentionally uprooting the parents from their communities and neighbourhoods at an age where it is challenging to create new ones.

Macroeconomic factors are changing, for example, much of the gulf countries' economic and social progress has been enabled by the sustained periods of high oil prices, and thus little planning was in demand. However, this primary funding source will likely decline in the long term. Oil prices are fluctuating, and even though these are currently high due to the war in Ukraine, the trend will likely reverse as countries attempt to respond to climate change by developing new clean energy sources. Thus, sources of funding for health expenditures in general, and LTC, need to be established and protected to match the projected escalating demands related to population ageing and changes in the social and demographic structure.

Some of the pension systems in the region are currently going through reforms. Traditionally, the state covered the primary pension schemes risk for those formally employed in the public sector. That was assumed to be sustainable during times of assumed lower life expectancy and smaller populations. However, such assumptions are dramatically changing while most pension systems remain the same. Hence, most countries are considering more sustainable pension schemes to cope with the current, or very soon, ageing transition. In addition, governments must prepare and introduce new sources of income to meet escalating demand, including national insurance and taxation systems that can capitalise on the small window of opportunity associated with population dividends.

The type of data needed

Individual-level data across age groups are required to calculate life tables and adequately estimate the cost of care and LTC insurance. These data need to capture age, sex, location, and education level, among other attributes. The region should draw on the experience of other countries that have completed their ageing transition in theorising these data collections. For example, England has several data sources, including household surveys such as Understanding Society, ELSA, and Labour force survey that enables establishing policy specifications targeting groups of people at most risk and vulnerabilities. The need for this data type is already recommended in the Implementation section of MIPPA, Clause 119. The same clause highlights that such data collection can be conducted by governments, civil society, and other research organisations. It should be made available for independent, impartial monitoring to assess the broader implementation of healthy ageing activities.

Moreover, as part of the international action plan, clause 125, this data should also be made available to international researchers to facilitate capacity building via exchanging experiences and best practices and comparing findings across countries. Global data sharing is likely to benefit countries in the region by drawing on the expertise in data collection and analysis among other researchers in countries which have already completed their ageing transition, which can assist in reducing the cost of the process. The economic cost of the data collection process and information dissemination should not be overlooked or allowed to be a barrier, and international cooperation should be part of the answer to that.

Data collection, analysis, and dissemination can help governments leverage their policy planning for the ageing transition. The current fourth MIPPA review and the recent UN-ESCWA report with recommendations on the importance of data related to social protection, pensions and the LTC markets should act as catalysts to raise awareness of the value of data.