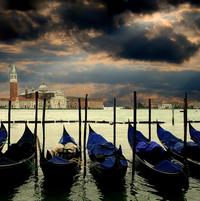 Corona Virus – Life could never be the same again

Life could never be the same again. For many families life will never be the same as they face the loss of dearly loved family members. For the rest of us, life could change if we start now to build on the initiatives set in place at this time of global emergency.

Only eight weeks ago I wrote a blog on this site - Departing the EU, fake news, populism and our creaking health care system – which  quoted from the World Economic Forum’s 2020 Global Risks Report that the

…institutions and approaches that have until now enabled health progress across the world are straining under gathering pressures and seem outmatched against new risks. Health systems around the world are at risk of becoming unfit for purpose. Changing societal, environmental, demographic and technological patterns are straining their capacity

…around the world, health systems need to take a critical look at the fitness of their current approaches and institutions if we are to maintain the progress of the last century and tackle emerging threats.

Only 8 weeks ago, experts were out of fashion, panned by populist governments around the globe - Boris Johnson in the UK, Donald Trump in the USA, Narendra Modi in India, Jair Bolsonaro in Brazil and right wing parties in Australia, the Philippines, Hungary, Poland and Turkey. As a UK Minister had so clearly stated – we have had enough of experts.

How quickly this has changed. As the Coronus Virus Pandemic has spread rapidly to all corners of our globe, infecting the human population with CV19, so the scientist, the expert, is (rightly) being looked to for answers. We applaud the extra-ordinary scientific effort that is occurring through global collaboration, and the untiring work of our colleagues in health sciences to tackle this global crisis.

There are already clear benefits from our new regimes: a cleaner environment, community solidarity, universal welfare, international scientific collaboration, parents and children with the time to get to know each other at home, and experts back in fashion again.

While we cannot know how the world will eventually pan out, many are now turning to ask how we may keep the good aspects of this strange new world.  We at the Institute of Population Ageing have reviewed the areas we currently work in. There are two broad areas which we have identified as important and where researchers here at the Institute will work with colleagues to provide the evidence to create this better world.

Firstly is our environment – there are numerous reports of nature returning to urban environments and air pollution plummeting in cities across the globe. As the Guardian reported “Look down into the waters of the Venice canals today and there is a surprising sight – not just a clear view of the sandy bed, but shoals of tiny fish, scuttling crabs and multi-coloured plant-life”, birds sing in Wuhan, China, and deer have returned to cities in Japan. Most striking of all is the significant reduction in air pollution across the globe – as the dramatic air pollution maps revealed this week as cars and industry were silenced in our major cities and industrial areas. This comes with modelling suggesting that the loss of life arising from respiratory failure due to the corona virus may be matched by reductions in deaths from respiratory causes arising from increasing air quality across the globe.

The connection between population and environment has been a key theme of the Institute’s work over the past decade[1], stressing the importance of uniting health and environmental policy. Through our Oxford Programme on Fertility, Education and Environment (OxFEE) we have collaborated with the World Resource Institute (WRI) on the role of education and environment in reducing Total Fertility Rates, a vital component in the Food Security future; with the International Planned Parenthood Federation (IPPF); with CHASE Africa to incorporate environmental considerations into education and empowerment programmes; and with HelpAge International (HAI) to highlight the extreme vulnerability of the world’s older population to our changing climate and wider environment: extreme weather/long term climate shifts, air and water pollution, famine and drought[2]. At Oxford, a joint doctoral project between the Institute and WCRU is mapping the impact of growing population size on natural habitats, and the consequences as people and wild life are forced to live in closer association.

We strongly support the growing call for united health and environmental policies – increased mortality risk not only arises from pathogens moving from non-human to human species (around three-quarters of emerging infectious diseases come from wildlife), and reduction in air quality,  but also from heat related incidences, water scarcity, low food availability and quality, and climate related events.

The second broad area we will work in is around establishing new communities – fit for the 21st Century. There is extensive evidence of how disease has framed our communities, societies and living environments. The classic example is the London sewage system engineered by Bazalgette in the mid-19th Century in response to repeated cholera epidemics.  The 1848-50 epidemic killed over 50,000 people in England and Wales, 14,000 in London alone, while the 1854 outburst took another 10,000 London lives. In addition, this last epidemic was the focus of an investigation by John Snow which, it is oft claimed, led to the birth of modern epidemiology.  The Corona Virus Pandemic has not only highlighted the vulnerability of millions of the world’s population who not only lack clean water, sanitation and high quality food, but also shelter within which to self-isolate. It has also revealed the significant inequalities in high income countries: lack of social care for older adults, access to health care for those without private insurance, no security net for workers on insecure or zero-hours contracts.

The sense of community which is emerging under the intense pressure of national lock-downs may lead to calls for increased welfare provision; the easing of work-care juggling – especially for parents of young children who maybe for the first time are able to spend extended family time – may suggest a new life course, one where parents of young children reduce their hours, supported by a citizen wage; the recognition that there no longer needs to be a physical separation of work and home, that home may be a successful place of productive economic work may remove the need for mass commuting and lead to communities flourishing across the land.

In particular, could the coming together of different age groups and different socio-economic groups – usually segregated in work and residential spaces – engender more integrated communities and workplaces?

A second area where members of the Institute will increase their focus is on intergenerational space and intergenerational living. We know that interaction between the generations improves well-being and mental health for both young and old, and that inter-generational living can help address loneliness. Yet we increasingly live and work where people of different ages are segregated from each other. Many younger people no longer see or interact with older people in their daily lives. Our new work will research inter-generational spaces and living, and its potential to support mutually beneficial interaction between generations.

This focus will be developing our work with the new DesignAge Institute, a collaboration led by Professor Jeremy Myerson involving the RCA, Oxford, and the University of Newcastle. The Oxford Institute of Population Ageing is working to identify the demand for age appropriate design, and also is focusing on the development of inter-generational living - physical environments deliberately constructed or redeveloped to enable two or more generations to more readily interact in a location designed originally for each group separately[3], these “shared places” complementing the design concept of place making.

Many of these shared spaces already exist naturally within many local communities, and we will explore opportunities to utilize the existing spaces. More specifically, it is possible to redevelop the many spaces currently being used either for the sole purpose of one generation (e.g. schools, retirement homes) or spaces utilized by various generations independently (e.g. library, coffee shops, allotments) to be used intergenerationally[4].

So where to now?

The biggest obstacle to change is inertia – to make a move, establish a different framework, change an established procedure. We continue to employ institutions established in the 20th and even 19th centuries to address the very different set of challenges emerging as the 21st century progresses. Industry, urban landscape, transport systems, healthcare structures, financial systems, even our national boundaries were pretty much all established last century (or before), and while they may have been tweaked, they fundamentally now serve a world which is changing rapidly and beyond recognition to the one which these institutions were established to serve.

And now we have changed. In less than one month, many countries have made significant moves, established unthinkable frameworks and completely reformed how we work and live. Now is the time – the plans are in place for an emergency – to build the frameworks to support those we wish to keep when the emergency is past. To do this we will need robust expert and scientific evidence to support our case.

Will there be a call for change? Will we witness a growing global demand not to return to the inequalities and environmentally damaging world of only yesterday?

Or will there be a kickback in the form of populist rejection of “others”: non-nationals denied access to national goods and services; urban-dwellers told to go-home from rural areas; urban communities erecting technological walls to prevent rural people in-migrating?

Now is the time for robust expert evidence to remake our world.

We applaud the extra-ordinary scientific effort that is occurring through global collaboration, and the untiring work of our colleagues in health sciences to tackle this global crisis.
We know that interaction between the generations improves well-being and mental health for both young and old, and that inter-generational living can help address loneliness.

[4] This is reflected in the definition adopted by the International Consortium for Intergenerational Programmes  “the purposeful and ongoing exchange of resources and learning among older and younger generations for individual and social benefits”.

Sarah Harper CBE is Professor of Gerontology at the University of Oxford and Founding Director of the Oxford Institute of Population Ageing.

Sarah is Professor of Gerontology at the University of Oxford, Director of the Oxford Institute of Population Ageing.