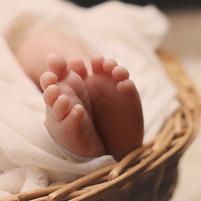 Why all the fuss about declining fertility?

Should we be encouraging young women to have more children? This was the question I was being asked recently by journalists from media around the globe, from BBC News to the Voice of Islam. The sudden excited and exciting interest in this question was sparked by a report presented in the Lancet which revealed a remarkable global decline in the average number of children women are having.

According to the report, nearly half of countries are now facing a "baby bust" and a future with insufficient children to maintain their population size.

Of course, it is interesting that almost half of the world’s countries face this baby bust, but this should be seen in the context of a demographic development stretching back 40 years or so to some European countries. Much of Europe has experienced levels of childbearing below the magical replacement level of around 2.1 live births per woman for many years and the European baby bust phenomena goes back to the late 1970s and early 1980s, in Germany and Denmark, for example, and there was passing concern about declining populations.

But international migration and declining mortality in mid and later life meant that the unborn were balanced in demographic terms by migrants and survivors not dying on time.

So it’s intriguing that in the 40 years or so since Ehrlich’s The Population Bomb[i], humankind has progressed from a crisis of high fertility and rapid population growth to one of low fertility and population decline. One could argue that low levels of fertility are the result of solving the crisis that was continued population growth. Indeed, as I argued in my exchanges with journalists, these low levels of fertility provide us with a breathing space in a world where the problems of poverty on the one hand and over-consumption on the other hand are surely real threats. It seems incomprehensible that we should wish to encourage higher levels of fertility when many societies are unable to provide adequate welfare of mothers and children, let alone opportunity and empowerment.

Low fertility does indeed – together with our improving survivorship into old age and extreme old age – contribute to population ageing and even population decline for some countries, and many concerns focus on fewer workers and consumers, but added to these concerns is now the spectre of needing to ensure a population threatened not just by a demographic decline but a wave of migrants.

And why has one of the greatest success stories of humankind, namely our much improved survivorship, suddenly become a problem? It is linked to the fear of fewer workers but should be linked to the ability and desire of these surviving generations to work longer. And why is encouraging women to have more children preferable to enabling mid and later life citizens to continue to work beyond a 19th century retirement age still dominant in the 21st century?

Low fertility is not necessarily a result of women and men not wanting children, but it is perhaps more a result of the competing demands (education and career, for example) that are more easily addressed by delaying childbearing. This delaying childbearing, however, means that women and men may not be able then to have the number of children they would wish to have.

Clearly there is here a delicate balance between on the one hand a sustainable demography and on the other hand individual needs and desires with regard to childbearing.

Should we be encouraging women to have more children? Certainly we should be encouraging policy makers and politicians to provide infrastructures which enable women to choose when and how many children they wish to have – in the knowledge that these children will have equal opportunity in a sustainable world.