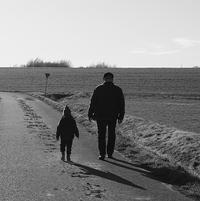 It is in fact not one issue, but two, though they both have a ‘generational’ dimension.  The first issue highlights largely the same set of problems as last year’s report from the Resolution Foundation.  Young people face a number of obstacles that may not be peculiar to people in younger age groups, but make themselves felt as limitations of opportunities that are important when ‘setting out’ on adult life.  “We have been particularly concerned by the problems and perceptions of younger people” (p7).  Here they cite the prospect of an end to generation on generation income progression; the underperformance of UK education in equipping young people for economic and technological change; the difficulties faced in finding employment that is secure as well as well-paid; and access to affordable housing.

What unites these issues - at least as far as the Select Committee is concerned -  is the idea that government has a responsibility to provide appropriate support to people at different stages of the lifecourse, which means that it should update and revise the relevant policies when circumstances demand it. The Select Committee’s view is that successive governments have signally failed to meet this challenge when it comes to youth and early adulthood.  There is furthermore a political danger here:

Intergenerational fairness should offer the opportunity of a fulfilling life. This is based on the principles that each generation should be able to access a working life that offers fulfilment and can provide for their family, and a secure and affordable home in which to live. It is not the case that all younger people have a worse chance of achieving these aims than the generations before them but rather that the increasing proportion who are struggling to meet these aims may lead to intergenerational resentment if no action is taken. P7

Note that the Select Committee explicitly repudiates the idea that the unfairness becomes apparent when we compare the situation of different generations (‘a worse chance...’). The problem does not have anything to do with the emergence of generational inequality. It lies rather in the potential for ‘intergenerational resentment’. So why call this unfairness? The answer presumably is that government has failed in its responsibility to provide appropriate support to young people. This is a failure of ‘lifecourse policy’.  Whether it also counts as a failure of ‘intergenerational provision’ I’m not so sure. How this is unfair, the report does not really spell out.  Perhaps we could say that the policy failure is unfair to young people: they have been let down by government. What applies to youth and early adulthood, however, applies also to old age, and on this point the Select Committee is explicit.  It is quite clear in its affirmation that not only young people have been let down by government in this way.  The failure to sort out the funding of long-term care and extend the reach of subsidised provision is a problem now, and it affects this present generation of older people - and their children (if they have any). This too is a failure of ‘lifecourse policy’ (‘intergenerational provision’?).

The other main issue highlighted by the Select Committee links much more directly with the phenomenon of population ageing.

The large size of the post-war baby boom compared to subsequent birth cohorts will pose challenges to the intergenerational compact implicit in our tax and spending system in the coming years. P71

In this case, the Select Committee identifies the problem of intergenerational fairness with the costs of providing age-related services and benefits to an older population that is increasing in size relative to the working age population. It is unfair that these costs that should fall entirely (mostly?) on current and future working generations; and this is why it is a problem of intergenerational fairness.

The number of retired people who receive more from the state than they pay in taxes will grow as this age group draws State Pensions and increasingly requires medical treatment and social care. If the increased costs of later life for a growing older population were to be paid for simply by increasing the rates of existing taxes then ... it would be primarily paid for by working age households. If no action is taken, then the costs of this spending will be added to the national debt, greatly increasing its size from its already enlarged state. This is not sustainable and the costs of servicing and repaying this debt will be borne by younger generations and the unborn.P71

What is required therefore - by way of remedy - is a generationally fair distribution of the costs of providing age-related services and benefits under conditions of population ageing.  And this means that some of this increase in costs should fall to the current generation of older people.

As for specific policy recommendations, many of these are familiar, and by no means all of them should be considered as a part of a package to remedy an actual or potential problem of generational unfairness. Among the recommendations that do fit into this role are:

Kenneth Howse is a Senior Research Fellow at the Oxford Institute of Population Ageing. He is also a key member of The Collen Programme on Fertility, Education and the Environment.

Kenneth Howse is a Senior Research Fellow at the Oxford Institute of Population Ageing. He is also a key member of The Collen Programme on Fertility, Education and the Environment.