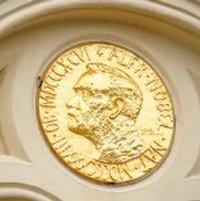 Never too old for the Nobel Prize

John Bannister Goodenough was recently awarded the Nobel Prize in Chemistry 2019 for his pioneering work on lithium-ion batteries, much of which was carried out during his time as Head of the Inorganic Chemistry Department at the University of Oxford. And the University of Oxford was quick to enjoy this acclamation of one of its former academics, outlining on its website on October 9th Professor Goodenough’s achievements.

What the University website failed to mention was that – in Professor Goodenough’s own words - he fled the University of Oxford 33 years ago when he realised he would lose his job at retirement age. And for those 33 years, he has been leading the world in his scientific field.

As far as retirement policies are concerned at the world’s leading university[1] nothing much has changed in the 33 years since this year’s Nobel Prize winner in Chemistry fled the university. The University maintains its compulsory – so-called employer justified – retirement age in order to “refresh the workforce and promote equality and diversity”. Furthermore, as University of Oxford academics are precluded from taking on DPhil students as main supervisor and new research grants as PI if they will not be employed during the full tenure of the grant, the imposed Oxford retirement age of “the  September before you turn 69” starts to bite well in advance of this date.

Professor Goodenough doesn’t mince his words on this. He is of the opinion that this policy of forced retirement is foolish and throws away expertise.

Perhaps it isn’t surprising in the current climate of demonisation that older people are still subject to a form of discrimination and harassment, which would lead to strong reaction – even resignations, dismissals and court cases – if it were to do with sexual or racial discrimination. Indeed, only a few days before the announcement of Professor Goodenough’s Nobel Prize, Anthony Hilton in the Evening Standard took his own swipe at the oldies in science, even though his article was about a specific new take on productivity. He states: “far from embracing new ideas, the scientific establishment resists them in spite of pressure from the younger scientists. Only when the old guard dies off, and a younger set comes in, does change happen”.

Just take a few seconds to read that statement again. It’s a throw away, unevidenced and hurtful comment. As an award-winning business journalist, one cannot help wondering how his reaction would be if a similar statement was thrown away about journalism’s old guard. Or perhaps he really believes this and is himself preparing to stand aside to let exuberant youth take his place.

David Olusoga, writing in The Observer on September 15th this year, clearly understands the underlying issue here far better than many. In his article about world leaders – and potential leaders – Olusgoa eloquently argues that age should not be a barrier to high office – be it a young or old age. And he concludes that the issue is not that a leader or a candidate for political leadership is too old but that some of their ideas might well be.

To someone who is a critic of compulsory retirement, that is sweet music indeed. Many thanks David Olusoga.

The ageing of our population is something to be celebrated as more and more of us are living longer and longer lives (and relatively healthy for most of these increasingly long lives). It is not these long lives and it is not the people living these long lives that constitute a problem. The problem arises because our perceptions of old age and older people in the 21st century are still firmly rooted in the 19th century.

Perhaps instead of making stereotypical claims that this large section of our populations is out of touch, standing in the way of rejuvenation of every walk of life, we should adopt Olusoga’s stance that it’s not the person’s age that matters it’s what they stand for and achieve that matters. Compulsory retirement saves us from having to make difficult decisions about whether an individual can still perform acceptably in a given job – something that is otherwise done on a daily basis in workplaces across the globe when we recruit or promote or dismiss (before this accursed retirement age). Age becomes a convenient dustbin.

Given increasing life expectancy and longevity, humans potentially have the opportunity to contribute to their families, communities, and workplaces for much longer – breaking through the legislative and administrative age barrier that constrains them.

Returning to our 97 year old Nobel Prize winner, “even if you don’t have all the talent, you have the experience to guide people who have the talent.” And his advice to all of us: “Don’t retire too early".

Dr. George W. Leeson is Director of the Oxford Institute of Population Ageing, University of Oxford