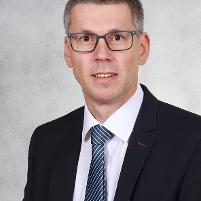 Norbert Meiners has been Professor of Business Administration at PHWT University in Vechta, Germany, since 2002. He is an expert in the field of "The Economics of Population Ageing", with particular focus on "Demand and Consumption of Elderly People". He has made many notable publications in the domain of "The Economics of Population Ageing", being the (co-)author of more than 70 book chapters, books and papers published in international peer-reviewed journals. He has presented his research results widely at various international conferences, colloquia and scientific meetings. He is an expert on various media (television, radio, print) and serves on several expert committees (e.g., two German ministries). He has (co-)organized numerous academic events, such as the International Gerontology Colloquium (Spain, Brazil, Great Britain, Austria, Turkey).

As well as having a strong international network of contacts, he has been a Visiting Research Fellow at several leading universities, including Oxford and Stanford, and he is a Fulbright Scholar, as well as an RSA Fellow. He holds a Diploma Degree in Business Administration, a PhD in Economics and Social Sciences from German Universities. Furthermore, he holds a second doctorate (Habilitation) in Business Administration from a University in Austria.

During this affiliation Norbert will primarily develop work with Professor George W. Leeson on demographic development and the silver economy.
This research collaboration within the OIPA research strand “Demography and Economy” based around the following guiding research question: What are the economic consequences of the demographic development in relation to consumer demand for products and services in old age? By answering this research question, OIPA will shed some light on this neglected field of science. This in turn contributes towards the ageing population creating their own identity which strengthens their role as consumers and promotes an awareness of their resources and potentials. The focus is on the “demography-related” consequences in terms of the demand behavior of the older consumers (elderly people as buyers with potential).