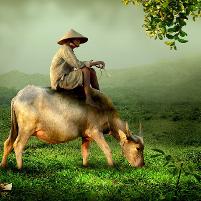 While the urgency of the response to Covid-19 has throughout this year relegated other global emergencies, there are reminders that they have not gone away.  A recent New Scientist article for example, while claiming that ‘global warming has become a forgotten crisis during the coronavirus pandemic’, listed the rising number of concerning climate records that have been set during 2020. The convergence of the climate crisis with human impacts on the environment is serving to exacerbate the global challenges. The emergence, for example, of a coronavirus with its origins in ecosystems which are increasingly subject to human exploitation may also be counted among the wider. Environmental degradation has put wildlife species under environmental stress and increased the risk of transmission to human populations.

The impacts of climate and environmental change have significant implications for a world whose populations are ageing.  Sarah Harper has pointed out that most research shows the higher risks older adults face from climate change compared to the rest of the population due to the physiological changes that occur as part of the ageing process. In many contexts, but particularly in low- and middle-income countries, older people live in degraded environments, with consequent exposure to higher levels of pollution. Extreme weather events, such as heat, drought and flooding lead not only to food insecurity, but also increase exposure to loss of shelter, income and access to health services. Despite the increasing frequency of such events, research on the impacts on older people remains sparse, particularly for LAMICs, but in high income countries clear evidence is emerging of the disproportionate impact on older people. For example, studies on the impact of Hurricane Katrina on communities in New Orleans found evidence of  uneven mortality,  with older people being  the first and most numerous to die in the first year after the storm, and differing levels of recovery for people in different age groups.

Where climate events are the cause of humanitarian crises, the evidence that older people are disproportionately affected is clearer. The physical and psychological health, physical and material security of older people have been shown to be at higher risk in these crisis situations.  Furthermore, assistance and services provided to people affected by such crises seldom take account of the special challenges faced by many older people, such as more limited mobility and other disabilities. Shelter, water supplies and latrines are rarely designed to take account of these disabilities and the more limited strength and mobility of many older people. Health facilities may not be physically accessible, while to reach often remote relief distribution pointss requires strength and stamina.

However, we should beware of seeing older people simply as victims of climate change and environmental breakdown, and not participants in the response. While older people tend to be more vulnerable to disasters than younger adults, they are not helpless. Knowledge is one of their biggest assets – a fact that is often overlooked by governments, donors and NGOs, who are more inclined to see older people as passive recipients of aid than to find ways to include them in developing more effective disaster risk reduction and response. With the increasing frequency and severity of natural disasters, many countries are realising the importance of disaster preparedness and response planning and management. Preparedness measures can significantly reduce the impact of disasters on people’s lives, livelihoods and assets, and robust preparedness plans which are inclusive of people across the life course enable rapid and more effective responses when a disaster is unfolding.

Older people have a lifetime of experience, knowledge and skills that can be a key element in understanding local environmental hazards and their impacts. It is important to recognise these capacities, and support older people to make a significant contribution to all stages of disaster management activities, from risk assessment through to operational response and recovery. Nevertheless, over ten years ago a WHO report showed that the capacities of older people are consistently overlooked in disaster preparedness planning, and consequently during the response. The results can be severe. Early warnings may take longer to reach people with mobility problems, housebound older people may be (and frequently are) overlooked in evacuations and emergency stockpiles often do not include medication appropriate for older people.

By taking some simple measures to include older people in disaster preparedness and response planning and management, the impact of disasters on older people’s lives can be significantly reduced. Participatory risk assessments at community level can be an empowering and effective way to introduce community management and ownership. Well communicated early warning systems which utilise traditional knowledge alongside modern methods can combine to produce accurate early warning data at the local level. These approaches can also be adapted to mitigation measures in the face of a changing climate. In Kenya for example, a participatory project bringing together traditional knowledge with modern forecasting methods showed a high level of convergence as well as acceptance at community level. This kind of collaboration is particularly important given that agricultural production for consumption or sale remains the most common livelihood activity for older people in LAMICs.

Older people are already profoundly affected by the impacts of the climate and environmental crisis, and the combination of increased climate stress factors with the existing disadvantages experienced by many in later life have the potential to expose them to increasing insecurity. Adaptation and mitigation choices made now will affect the consequences of climate change throughout this century. In the lead-up to the 2015 Paris Climate Conference (COP21) HelpAge International set out the case for the framework agreement, and the national adaptation and mitigation strategies and commitments arising from it, taking ageing populations into account. The five-year review of COP 21, to be held in the UK in 2021, will be an opportunity to assess how successful this has been. Age-appropriate policies and services for older people as well as strategies for ageing populations in a changing climate are necessary to prevent marginalised older people being pushed further to the edge of safety and survival.