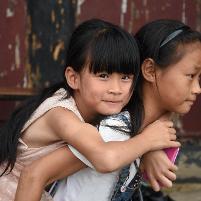 Why didn’t the abolition of the One-Child Policy in China increase the fertility rate?

Responding to a dramatic decrease in the birth rate, the Chinese government announced on 31st May 2021 that couples would be permitted to have up to three children. This change follows the relaxation of birth control policies in 2015 when the long-standing ‘One-child’ policy was replaced by a ‘Two-child’ policy. Although there was a small short-term increase in the birth immediately after the introduction of the new ‘Two-child’ policy regime, it wasn’t sustained. The birth rate returned to a downward trajectory, reaching its lowest ever level of 10.48 births per 1,000 women in 2019.  So why is fertility in China not just staying low but continuing to fall?

The international literature has consistently highlighted the increased empowerment and labour-force participation amongst women as one of the most significant drivers of fertility reduction. In the Chinese context the big change has been in the nature of the work open to women. Since the implementation of economic reform and the ‘opening-up’ policy of 1979, the Chinese economy has grown enormously, providing a much greater variety of working opportunities for women. There are more careers, and not just jobs. The fact that women now have much more choice about how they participate in the labour market can be understood in terms of Maslow’s ‘Hierarchy of Needs’. To put it another way, the opportunities for self-fulfilment outside the household are greater.

The fierce competition for a position in an academic senior high school or a higher education institution imposes stress on parents as well as children. Parents typically send their children to after-school sessions and extra-curricular classes to increase their children’s performance on standardised tests. The 2019 Children’s Development Report (released by China National Children’s Centre and Social Science Academy Press of China) revealed that more than 60% of Chinese parents signed up for extra-curricular classes for their children. It isn’t cheap. The parents who do this spend on average 12.8% of total household income to top up their children’s education.  That this is seen as a problem by the government as well as parents is evident from the recent ban announced ban on private tuitions for primary and high school students.

Unaffordable housing prices. In 2019, the average purchase price for residential housing (apartments) was 9,287 RMB/sqm, while the average disposable income was 30,733 RMB per year. This means that a 100 sqm apartment with two bedrooms costs almost 33 years of the average annual income for an individual. Not only that, but the minimum deposit on a house is high -  30% of the purchase price in China, which makes it unaffordable for most young people.

The high cost of housing has implications not just for young people thinking of buying but also for their parents. Eldercare in China is still provided mainly by family members - especially by sons. In exchange for the ‘promise’ of eldercare, parents invest significantly in their children's upbringing, education, and marriage. It is customary for housing to be purchased before marriage; and as a rule, it is the parents (especially the boy’s parents) who spend a large share of their savings to purchase a home for a new couple.  It is easy to see how this might affect (the parents’) fertility decisions: an additional child represents a major additional cost (some years down the line) to provide help with a house purchase when that child gets married.

Intense eldercare expectations coupled with an underdeveloped welfare, pension and social support system.  Children born under the ‘One-Child’ policy are now at reproductive age. If both members of the couple are singular offspring, they will share responsibility for providing eldercare to four older adults as well caring for their own child. This is the 4-2-1 family. The problem here is that benefits from pensions and health care insurance for some groups of older people are inadequate and have to be topped up – and the cost falls on adult children. Pensions for people with long spells out of employment and residents of rural areas are still very deficient and provide support below China’s absolute poverty line. And the benefits of universal coverage for health insurance are limited by reimbursement caps and the probability of high out-of-pocket expenditure for people with severe health problem.  And on top of all this, there is a strong cultural preference for family-provided long-term care, partly perhaps because of the lack of high-quality eldercare services. Again, the costs fall on adult children.

Lack of childcare services. Women typically take 3-6 months of maternity leave in China, and children are allowed to attend pre-school at the age of 3. Due to the lack of affordable and reliable nursery services, most children are taken care of by grandparents before the age of 3. There may soon be problems, however, with the supply of childcare from grandparents since the introduction of the ‘One-Child’ policy coincided with an increase in the state pension age – thus making it more costly for younger grandparents to leave paid work in order to provide childcare.

If the ‘Three-child’ policy is to be successful in increasing the fertility rate, the government must take into account a wide range of policies that affect the ability of adults to take on multiple roles and responsibilities in the family (e.g., carer for grandchildren and worker) as well as the costs associated with having a child.  It is not just a question of relaxing constraints but of providing support so that a second or third child starts to appear more financially feasible. Access to education, housing, childcare, out-of-pocket costs for healthcare, the adequacy of pensions are all part of the problem.  Without reform in these areas, it is easy to imagine a scenario in which the only groups to benefit from the ‘Three-child’ would be (i) parents with sufficient wealth to take on the high costs of rearing an extra child and providing care to their own parents, (ii) deprived families for whom additional family member means future labour and the provision of eldercare.  Quite apart from the implications of such an outcome for the policy’s impact on the birth rate, it is also clearly undesirable from the point of social inequality.

I for one would be interested to know about the financial resources of those families who have had a second child after since the introduction of the Two-Child; and to track the same data now that there is a Three-child policy.

Dr Yanan Zhang  is a Research Fellow on the DAI@Oxford Programme with a quantitative focus. Her role involves the creation of an evidence base for positive interventions in support of population ageing.