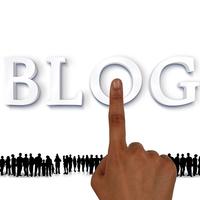 It Takes A (Retirement) Village: How To Address The Crisis In Housing for the Elderly

“It takes a Village,” Hillary Rodham Clinton once famously wrote. She was referring to how societies can best support children to become able, resilient adults. But I think the same principle might readily be applied to how we care for a rapidly ageing population.

I began to turn this over in my mind whilst checking into a recent flight back to America to help my 86 year-old mother move into an “independent living” unit located within a larger retirement village. After years of living in a large house on her own, she’d decided to live in a smaller, more manageable space and with more people around her.

In such villages, you buy or rent your own apartment, but have access to dozens of basic support and care services as you need them (for a fee). (The retirement home also takes an “exit fee” when you die or move on to assisted living.)

When I explained all of this to the British Airways employee checking me into my flight, a look of amazement crossed her face.

“I’d love to do something like that for my mother,” she confided. “But in my country (Romania), the family is expected to provide everything, even if you’re working. My sister and I were shamed in my village for not moving back to take care of our mother. I don’t know what to do.”

My new-found friend from BA is onto something. In Europe alone, 25% of the population is already aged 60 years or over, and that proportion is expected to reach 35% in 2050 and to remain at that level in the second half of the century.

While it’s true that Western Europe has a much more evolved set of institutions to care for its elderly than does Eastern Europe, there is, as yet, no coherent, joined-up policy response to cope with the breadth and depth of needs stemming from a rapidly ageing population across the continent.

What attracts me about the retirement village concept is that it effectively amounts to one-stop-shopping. Food, housing, healthcare, entertainment, fitness: all of these are provided on site. So for a cohort that struggles with loneliness and/or has limited mobility, these villages can be a Godsend.

Research in the UK suggests that retirement villages are associated with greater over-all well-being, including lower rates of loneliness and a higher degree of self control. One study showed that people living in such facilities from lower-income strata here actually lived longer.

But while quite common in the US, Canada and Australia, retirement villages are only beginning to take hold in the U.K. Just one per cent of those in their 60s live in their retirement housing in the UK, compared to 17 per cent of the same age group in the United States

That may soon change. Retirement villages are now being touted as “the next new thing” to help tackle the simultaneous demand for care and housing of the UK’s growing ageing population: one developer said that he “can’t build them fast enough.”

One issue that naturally arises is that of cost. Some claim that such villages are only the province of the well-off. That is undeniably true...at least at the present moment. But they may solve other (expensive) social problems. Some research suggests that built to scale, these villages provide efficiency gains in community health care that ultimately places less of a burden on the NHS. They also keep an a generation of British pensioners on the property ladder (while allowing those house-rich, cash poor pensioners who wish to sell their properties and rent such housing the option to do that). Finally, retirement villages free up under-utilised existing homes at a time when housing demand far out-strips supply in this country.

Over time, the government would need to think through whether there is a possibility for public-private sector cooperation around the provision of such housing for a wider swath of the population.This might entail facilitating a more diverse set of housing options in such villages. The government could also do more to help educate an aging population about financial planning for this phase of life and the assorted trade-offs.

One thing is clear: we need to begin to think about more creative solutions to the coming population reality that is already upon us...and the potential housing crisis it brings in its wake.

In the meantime, I am delighted to report that my mother is settling in quite well to her new surrounds. When I rang her after her first week there, she had already signed up for a six-hour theatre club (they’re putting on a live show!), the local chapter of the Democratic party, a documentary and foreign film society and a walking club. Her neighbors - named Selma, Lou and Marge (what else? ) - had already invited her to dinner.

I myself look forward to joining her at Happy Hour the next time I visit...I just need to make sure that I get there before 5 p.m. when it closes.