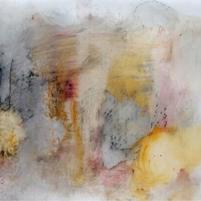 On old age and the stories where sorrows are born(e)

The two pieces we are publishing today are summaries of papers from a seminar Old age: views from philosophy and social science last Thursday (12/11/20).

Karen Blixen (Isak Dineson) said, “I think all sorrows can be borne if you put them into a story or tell a story about them.”

The modern anthropology I have in mind revolves around a plot that prioritizes autonomy. Persons formed by a modern narrative where autonomy triumphs learn to emphasize self-sufficiency, self-determination, and control as essential characteristics of the good life. Persons learn that control over the “landscape of disease,” including what some regard as the pathology of ageing, is possible and that persons in later life will be enabled to maintain a freedom from a constellation of coercive powers like frailty, pain, and suffering. We are trained to prioritize independence and individual industry (or productiveness), accordingly.

The third age typology or classification of later life persons, certainly not an uncontested concept, seems to emphasize the opportunities and agential successes of those persons that prove capable to secure or to maintain these aims. Such life is delimited by personal fulfillment and opportunity. ‘Independence’ in policy statements concerning successful or healthy ageing seem to serve as a synonym of such fulfilment that can be secured through self-sufficiency, strength, and control. These reiterate the aims that narrate the ‘good life’ for persons whose lives have been shaped by a modern imaginary.

Yet when these same persons experience threats to or the loss of these characteristics (aims or values), whether expressed as independence, control, self-sufficiency, or the like, a persistent experience of despair seems to emerge. And an existential weight is placed upon persons as they confront what Peter Laslett has called the fourth age—an age that casts a long shadow, contributing to stigmas and stereotypes that serve as fodder for despairing ideations.

Laslett delimits this age by the disvalues of a modern imagination, including dependency, decrepitude, and death. Whether a distant fear or as an existential reality, the aims that render meaning for a modern imaginary are either threatened or lost in this stage, regardless of chronological age. Put differently, the inability to control our life circumstances excites both fear and anguish, burdening one’s being, and leading to despair. Sorrow is born here—persons are subjected to the losses and depredations that prevent them from achieving the opportunities and ideals of the third age.

Persons, whose principal stories have cultivated a preoccupation with autonomy, with control and self-sufficiency and strength, find themselves in situations beyond their imagination. They in turn despair. Such despair generates behaviours that anticipate suicide or other, often tragic, outcomes that impede or greatly curtail or even completely inhibit human flourishing

And, to be clear, I’m not convinced that the promises and powers of our modern imagination to extend third age experiences for people do anything to curtail a story about being, about agency or subjectivity, that leaves us vulnerable to such despair.

The experiences of despair or the self-perceptions of being or becoming a burden or the desperate expressions of meaninglessness for persons fearing frailty provoke me to query and to interrogate modern imaginaries that shape meaning but without the resources to endure despair. Finding these resources, I would argue, in philosophy and theology is possible, for there we might discover the stories of the virtues—stories that invite the practice of habits rather than stories that hasten a pursuit of ideals. By such stories our imagination will be conformed differently. By such stories we might be re-sourced to bear our sorrows.

Is old age something that social scientists still investigate?  They used to.  Back in the ‘60s, disengagement theory ‘found’ a social meaning for old age.  It was an institutionalised norm that gave people permission to lay down burdensome social roles and responsibilities.  What gave warrant for social disengagement was a standard story about ‘growing old’ as a progressive decline in powers and capabilities.

It wasn’t long before disengagement theory beat a retreat under a barrage of criticism.  Some of the criticism was about values - insisting that role loss is unwelcome to the extent that it is socially imposed (e.g. retirement); it brings loss of social prestige and often has a negative impact on individual well-being.  If there are any such institutionalised norms about old age, they are socially dysfunctional, not functional.  Since then social scientists have shifted their attention away from the idea of old age as a distinct life stage to testing and challenging the standard story – by collecting and exploiting evidence on the heterogeneity of ageing trajectories to distinguish better and worse ways of ageing.  There is no single universal pattern to the timing and ordering of age-associated decrements in powers and capabilities.

In fact, we can say that the central aim of (social science) research on ageing is to determine the extent to which, and the ways in which, the standard story is shaped and scripted by social forces and institutions that are within our control, either collectively or individually.  And behind this there is a practical goal: to be able to exercise as much control as possible over the ways in which we age; to take advantage of whatever plasticity there is in the ageing process.

And from this perspective the idea of old age as a focus for shared social meanings is likely to seem problematic (to the social scientist anyway).  Such a conclusion is contingent of course on the nature of these shared meanings.  What makes them problematic is that they are embodied in perceptions and judgements that carry a negative evaluative charge - ‘old and therefore a burden’; a sense of being treated as a ‘second class citizen’ etc.  And arguably the persistence of these perceptions and judgements poses a question for social science.  Why does old age remain a focus for shared meanings like these?  Perhaps it’s because we deprecate the forms of weakness to which we ourselves are subject?

However that may be it leaves a residual social scientific interest in the idea of old age as a focus for shared meanings. There is a substantial (and growing) body of research investigating how such ideas have a negative impact on individuals that are judged or perceived to be old  - for example, by constraining their sense of what is possible for themselves (they internalise limitations that are not really there).

This is not to say that late life decrements in powers and capabilities are whitewashed out from our picture of a human life course.  We recognise that there are certain common (but not necessarily universal) decrements that are socially (as well as personally) significant because they are socially recognised as warrants for the offer or provision of help and intervention – principally loss of independence (which is a matter of degree and kind); and loss of ‘agency’ (loss of capacity to consent justifies the use of special legal powers like power of attorney).

But is there any value for social science in holding on to the idea of old age as a distinct life stage?  Can we update it perhaps as a part of a schema or heuristic to guide enquiry?  This is where the idea of the ‘Fourth Age’ comes in.  If this idea does indeed have a social meaning, it is surely as a dark shadow cast by our attachment to ideas of independence and automony, and to this extent it is a proper object for social science.

But there is another side to this - a sense of the personal importance of a counterweight to optimism about our ability to do away with the most unwelcome or feared late life transitions.  My point is that we touch on a question of personal rather than social meaning - a representation of old age that taps into the notion of truthfulness about our own personal future.  How do I represent my future to myself ?  The question moreover is inescapably moral or normative.  I am not enquiring into a matter of fact; I am asking ‘how should I do this?’.  By which I mean - how I do it without self-deception?