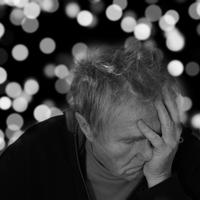 Three reasons why we need narratives about suffering in old age

There is a collective aversion when it comes to facing the realities of old age, or so John Harris argued in The Guardian last February. Harris is, of course, not the first to point at a widespread public revulsion of growing old, and the association with loneliness, isolation, powerlessness and uselessness. Nowadays, many of us view a longer life as a mixed blessing. We embrace the so-called vital ‘third age’, but we collectively turn our backs to the frail ‘fourth age’. I believe we should control this tendency and fully face the fourth age including its difficulties.

It is easily understandable that people want to age as healthily, actively and independently as possible.  We seek to achieve a ‘good’ old age that is characterised by personal contentment, physical health and social well-being; and these aims underpin most gerontological research . Driven by emancipatory ideals, a great deal of effort is put into counteracting stereotyping and negative framing of old age through promoting an ethos of good and successful ageing.

This somewhat one-sided emphasis on the bright side of ageing makes it more difficult to acknowledge the darker sides of growing old. It leaves us with a sense of a widening gap between the fit and the frail. As well as making it harder for us to take a realistic view of what our own old age might contain, the prospect of increasing dependency, and the decline towards decrepitude and death, it also – and this might be even worse – exacerbates the difficulties we might have in giving proper attention to older people already dealing with this condition.

A few days after reading Harris’ opinion piece, I also read an interesting article by Chris Gilleard on suffering in old age. In his article, Gilleard goes one step further by making a strong moral plea for addressing the topic of suffering much more explicitly and emphatically in society as well as in ageing studies.

It so happens that this is what (an important part of) my own research is about, namely mapping out the despair of people suffering from life in old age, and I use the word ‘despair’ here with care. By means of in-depth and longitudinal qualitative research, I have been trying to illuminate the lifeworld of those older people who consider their lives to be over and no longer worth living, and consequently ideate on a self-chosen and self-directed death.

My research has convinced me of the need for plain narratives about the nature of suffering in old age for at least three reasons, namely: 1) understanding, 2) recognition and 3) consolation. First, narratives about sadness and suffering associated with age are very important for enlarging our understanding, both at a personal and societal level: What does the suffering mean for the person involved? How and to what extent is life threatened in their eyes?  Andrew Sayer (2011) has highlighted the importance of taking peoples’ concerns seriously, not merely to recognize them as private emotions, but to view them as illuminations of what is happening in our society. What needs to be taken seriously? In his book, Sayer states: “Needs, desires, suffering and a lack of well-being indicate a state of the world and some aspects of that world that should be changed.” Personal stories should never to be reduced to (or even neglected as) ‘arbitrary, subjective experiences’, but serve as an imperative for an on-going public debate on the place and role of elderly in society.

Secondly, most of the older people with a death wish whom I interviewed over the last few years experienced an enormous loneliness around their difficulties. They often lacked a sense of recognition by others. They had the impression that their close ones (and professional carers) tended to avoid talking about their suffering, let alone about their wish to die. Instead, these individuals - with the best of intentions no doubt - tended to distract their attention by talking about fun things (i.e. nice weather or nice planned outings). The deepest wish of my interviewees was, however, not that somebody would respond to their problems by distracting their attention or by trying to ‘solve’ their suffering – often they didn’t even believe that it was possible to solve their suffering. Rather they wished for somebody who just acknowledged their struggles and was willing to encounter their pain and sadness by listening to and connecting with their stories.

Such acknowledgement of their sadness and suffering was often experienced as deeply consoling. I fully agree with Gilleard that serving as a witness of suffering can be seen as a basic for an ethics of human dignity and a call upon social solidarity. If we want to counteract the social neglect, exclusion and/or abjection of the oldest old, we should control the tendency to turn our backs to tragic (often unsolvable) sides of the fourth age and instead pay full attention to struggles that people might experience, suppressing the impulse to immediately dissolve or intervene their pain.

Els van Wijngaarden was an Academic Visitor at the Oxford Institute of Population Ageing in Feb-March 2018. She is based in Utrecht, The Netherlands, where she works as an assistant professor in Care Ethics at the University of Humanistic Studies.