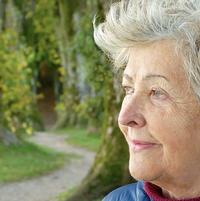 The rhetoric of burden and boomer

This rhetoric of burden and boomer is sweepingly used to define the same group – older people. The choice of burden or boomer depends on the commentator and their ofttimes politically motivated and biased message.

As an older person, this would appear to be a lose-lose situation.

The past 12 months have highlighted this burden mentality in no uncertain terms as it is predominantly older people falling victim to the Covid-19 virus and needing hospitalisation and intensive care. It is they, and not their younger fellow citizens, who are threatening to bring down the NHS. The narrative then takes an even more unpleasant and confrontational twist and it becomes part of the intergenerational armoury – it is these same older people who are forcing lockdown on the rest of us, who could happily get on with our lives if only………a view supported in the rather grandiose sounding Great Barrington Declaration which suggests that “the most compassionate approach that balances the risks and benefits of reaching herd immunity, is to allow those who are at minimal risk of death to live their lives normally to build up immunity to the virus through natural infection, while better protecting those who are at highest risk”.  Notwithstanding the scientific community’s criticism of this declaration, it needs to be challenged as part of the underlying rhetoric of burden.

However, it is also in science that burden has its origin in respect of older people.

Dependency ratios such as these are not new. They can be traced back to the early 20th century, for example to the work of Karlis Balodis, a Latvian political scientist.  He calculated the coefficient of burden as the ratio of children aged under 14 years and the very old aged 71 years and over to adults aged 21-59 years. Quite simply his rationale was that the main objective of any economy is to satisfy the basic needs of its citizens and that this need could be stated in statistical terms. There was an interesting degree of sophistication in his rationale in as much as he divided a population into five groups defined by age. These groups were children aged 0-14 years, teenagers aged 15-20 years, adults fully capable of working aged 21-59 years, older people with reduced capacity for work aged 60-70 years, and the very old aged 71years or more, who were assumed to be incapable of working. Furthermore, he assumed that teenagers and older people with reduced capacity for work were only able to support themselves, while children and the very old were not capable of supporting themselves, and therefore adults aged 21-59 years were responsible for the support of the youngest and the oldest groups.

With some degree of age adjustment, this simple calculation remains true today.

Even earlier than this work of Balodis, a collective perception of old age as a well-defined, chronologically determined phase of life appeared from the first half of the nineteenth century (Leeson, 2017). The statistical preconditions needed to regard older people as a well-defined group within legislation are to a great extent linked to the work of the Belgian statistician, Quetelet (1796–1874):

“Man is born, grows up, and dies, according to certain laws which have never been properly investigated……..” (Quetelet 1835).

This was the precursor in many ways to the pensions systems which introduced a marginalised social time defining old age. Indeed, they define an exact age beyond which citizens become dependent, separated from the younger productive section of the population. In this way, a well-defined phase of life called old age becomes anchored in society’s judicial and administrative structure. This approach opens the floodgates for a standardised definition of old age based on statistical probabilities, and along with this comes the opportunity to treat and understand older people collectively as a group in a chronologically well-defined phase of life. This statisticalisation of old age provides a scientific platform for the introduction of social support mechanisms in old age.

The sinister devil in the detail today is that the burden of older people is commonly and thoughtlessly bandied around, while I cannot imagine anyone with any modicum of compassion and understanding doing the same in respect of Balodis’s very young population group.

As individuals, we each have a life course to run, during which we will grow and learn. We will develop relationships, form families of one sort or another perhaps, choose careers, work hard within our means – be they physical or intellectual – be part of a community, a society. It is in the nature of things that our life courses will be different, that we will follow different paths that will lead us to different destinations, but none of us all will do this to disadvantage others.

Let’s not keep on banging that boomer or burden drum. It serves no-one and creates only misery and envy and leads nowhere. There are enough examples of injustice in our world without creating artificial ones based on age.